Frankfurt, 7 July 2020 – According to Colliers International, the German industrial and logistics investment market recorded a transaction volume of roughly €3bn, up 22% yoy and 3% over the 5-year average. Thanks to Q1 performance, which posted a new record of roughly €1.9bn, the market was able to stand its ground against the COVID-19 crisis and record yoy increases in transaction volume despite the fact that activity from April to June was rather sluggish. Important to remember is that the deal pipeline was already quite full at the start of the year and that, during the months of the crisis, most of the deals finalized were already in final negotiations and in some cases were signed following a delay. The asset class has been able to maintain its status on the overall commercial real estate market as one of Germany’s three most important asset classes along with the double-digit market share (11%) that it has boasted over the past three years.

Peter Kunz FRICS, Head of Industrial & Logistics EMEA at Colliers International, comments, “Industrial and logistics properties have proven a robust, crisis-resistant asset class in recent months. The asset class has managed to continue its strong performance despite the uncertainties on the German investment market that were triggered by the COVID-19 pandemic. Even early on in the crisis there were signs that the logistics sector could benefit from the situation and act as a support to the rest of the German economy. In addition to the confidence that investors with experience in the sector continue to have in logistics assets, a growing number of investors with little to no previous experience with this type of property are beginning to show interest. As such, we expect the impact of this crisis to increase competitive pressure going forward, leading to further yield compression on the logistics real estate market.”

Although two major portfolio deals were finalized at the start of the year, Q2 did not see a single package deal change hands for over €500m. One deal in the 9-figure range, the Maple portfolio, was registered in early May for around €200m. The portfolio comprised an Amazon fulfillment center in Werne, a Siemens plant in Chemnitz and Materion’s warehouse and production facility in Alzenau. Featuring roughly 150,000 sqm in total rental space combined, the assets were sold as a package to London-based investment manager Apeiron. Complemus Real Estate also disposed of 4 assets for about €60m. The portfolio included three smaller new-build Amazon distribution centers in Wuppertal, Trier and Euskirchen and a multi-tenant asset in Solingen.

Portfolio deals generated a total of €1.2bn in H1, reflecting a market share of 39% and in line with previous-year results.

The disposal of the Zalando logistics center in Lahr near Offenburg proved the most significant single-asset deal to change hands in Q2. The previous owner, Goodman KWASA Germany, a joint venture of Goodman and Malaysian pension fund EPF, sold the modern logistics center to French asset and fund manager the Amundi Group. According to estimates, the Amundi Group acquired the asset, which features 130,000 sqm and is under long-term lease, for a multiplier of 24x annual rent. Foreign investor Angelo Gordon also acquired the Beos Industrial Park in Ettlingen near Karlsruhe in a joint venture with German investment manager Aamundo for a high 8-figure sum.

Despite their involvement in a number of these transactions, foreign investors have claimed a smaller market share this year to date than in 2019 (H1 2019: 61%). Even with several takeovers including the above-mentioned Maple portfolio, Zalando logistics center and the acquisition of the Beos Industrial Park in Ettlingen, the market share generated by foreign capital was down to 45% (roughly €1.3bn) at the end of H1. That meant an increase in market share attributable to German investors, primarily the result of the Logistrial portfolio acquisition (the share of assets in Germany came to around €480m) by Union Investment’s UniImmo Deutschland fund in January of this year.

Average gross prime yields in Germany’s main investment hubs remain stable at 4.2% (reflecting a net yield of roughly 3.75%). Peter Kunz adds, “We recently recorded transactions with yields significantly below this level involving new-builds in excellent locations in established logistics regions and featuring strong-covenant tenants. We will definitely see tenants again playing a more important going forward than we did a few months ago.”

In view of recent market developments, which tend to favor logistics real estate, Colliers International expects demand for logistics assets to continue to rise and yield compression to continue over the next 12 months as a result. The growing e-commerce sector, which experienced another surge in demand due to the crisis and is already exceeding previous-year figures, will particularly have a significant impact on demand on the investment market. Transshipment and distribution centers have been particularly popular with investors for some time now and promise value growth and security stemming from the intensifying importance of e-commerce.

“With a number of larger ticket items currently on the market, we expect to see investment activity remain strong in H2. We are also seeing (potential) buyers increasingly seeking reinforcement in the form of buy-side consulting, which can in part be explained by the uncertainties and current intensification in financing requirements in response to the economic fluctuations in recent months. Looking ahead, we can expect the impact of the crisis to be tangible in Q3 as well, as investors only reviewed a few new investment opportunities during the lockdown, which could slow transaction volume performance. As things stand to date, we expect annual transaction volume to come in between €5bn and €6bn. That means 2020 results will fall short of the previous year’s very high figures due to the COVID-19 crisis combined with ongoing limited supply of product on the market,” Peter Kunz concludes. 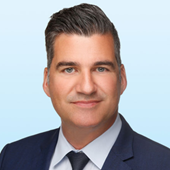 In 2002, I began my career as a consultant in the field of office letting and was responsible for clients with a space requirement of up to 500 sqm. I was able to considerable exceed the targeted sales performance in the first years in this position and gradually was put in charge of larger projects and customers with more complex needs. As a result of the high vacancy and low absorption of space, I developed a new approach together with my team. The idea was to involve the respective lessors of our clients in the process and not just pursue relocation as the only alternative in the traditional sense of a real estate agent. In doing so, the current lessor had the chance to equally participate and compete with the other alternatives in the selection process. Many times, this allowed the tenants to optimize their lease agreement without the need of relocation. Over the years, with over 100 signed lease contracts and lease prolongations, I was able to gain a lot of market insight and experience, which I benefit from today in the acquisition process and when guiding my team through complex challenges. 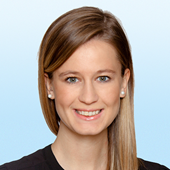