Colliers International is official supporter of the pioneering OceansLab vessel.

Subject to ratification by the World Sailing Speed Record Council, Phil Sharp has set a new record for single-handed monohull up to 40 foot for the Around Isle of Wight aboard Class 40 race boat OceansLab, which international property advisor Colliers International supports.

At 08:24 UTC this morning Sharp crossed the start line for the record attempt off the Royal Yacht Squadron, Cowes and completed the circumnavigation at 13:29 UTC. Subject to official ratification, the record will have been secured in 5 hours 5 minutes and 4 seconds, averaging a speed of 9.8 knots (18.1 kilometres per hour).
The challenge was to raise awareness of the urgent action required to reduce maritime air pollution along the UK coastline, and in busy ports such as Southampton.

Sharp commented on his record breaking adventure: “It feels fantastic to now have three world records! Today was a very cold, fast, adrenaline packed sprint. My objective was to aim for 5 hours, which was always going to be tricky when dealing with gusty conditions solo and at times today the gusts really were quite severe, which kept me on my toes.

“Today’s record was about raising awareness for the need to accelerate clean energy innovation in the maritime sector. OceansLab is a platform demonstrating vital and scalable clean technologies like solar, battery, electric and fuel cell systems that can be embraced to decarbonise the sector. Industry targets need to be accelerated to better fall in line with climate change targets. We need to start introducing these technologies and replace fossil fuel systems in order to reduce harmful air pollutants. Inshore and commuting ferries would be a good start, and where levels of air pollution such as in Southampton are too high and hazardous to the health of local communities. Clean technologies exist now that can improve the quality of the air we breathe, change can and needs to happen now.”

OceansLab aims to raise awareness of the scalable solutions that can be embraced to decarbonise the sector and to help drive innovation forward.

Andres Guzman, Head of Sustainability at Colliers International, said: “Phil’s dedication towards cleaning up the maritime industry is impressive. The way he’s experimenting and testing new technology provides many opportunities for cross-industry learning, such as the way buildings can maximise the use of renewables through batteries and ultimately be designed to be completely off grid, as well as how materials and building processes can be made more efficient and long-lasting.

“We wish him the best of luck in his latest record attempt.”

OceansLab is a Class 40 race boat which is currently fitted with an electric propulsion system, battery storage, solar PV and a hydro-turbine. In parallel, a hydrogen fuel cell prototype is being installed on the boat, which has been recognised by the Global Maritime Forum as a vital scalable technology for the introduction of zero emissions vessels. It will also enable carbon emissions to be reduced to zero by 2050, in line with climate change targets.

According to the United Nations, around 90 per cent of world trade is transported on our oceans, accounting for 2.5 per cent of global greenhouse gas emissions, compared to aviation at two per cent.

The Around Isle of Wight record routes through the UK’s second busiest shipping zone where toxic emissions from ships (cruise liner and cargo) are a significant cause for health and environmental concerns. Research has shown that 30 per cent of the pollution in UK port towns can come from ships, and that long-term exposure to the nitrogen and sulphur oxides released has been linked to the deaths of around 40,000 people in the UK annually.

“The positive news is that the shipping industry now has regulation to significantly reduce the sulphur emission of ships from 2020, and there are some key players in the sector trying to accelerate change,” said Phil. “However, this doesn’t limit continued high levels of NOx and CO2 emissions close to the coast and particularly in port, when ships are burning several tonnes of fossil fuels every hour, just to power their onboard systems. Effectively they are like mini floating cities.”

Sharp adds this to his two existing records, the crewed Around Great Britain and Ireland, and the single-handed Cowes-Dinard.
Sharp’s Around the Isle of Wight record is subject to ratification by the World Sailing Speed Record Council. Official confirmation will be announced in the coming weeks. 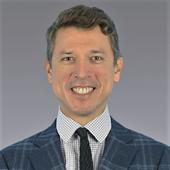 Andres joined Colliers International in September 2016 as an Associate Director. With over a decade of industry experience across different sectors he leads the Colliers sustainability offer in the UK & Ireland which focuses on improving Environmental, Social & Governance (ESG) performance at asset and portfolio level for a range of occupier and investor clients. Andres is responsible for guiding the integration of sustainability into core service lines and provides strategic advice to the business on use of sensor-driven data, energy management & compliance (MEES, ESOS, SECR), non-financial reporting (GRESB, UNPRI, CDP) and workplace wellbeing trends.

Prior to working at Colliers, Andres worked in the Energy & Sustainability team at Cushman & Wakefield EMEA where he focused on developing and implementing comprehensive Responsible Property Investment (RPI) strategies for key fund management clients and embedding sustainable practices in property management. Andres sat and chaired various RPI committees helping set and achieve ESG targets across the EMEA region. Prior to this, Andres worked in Upstream Sustainability Services at JLL developing and overseeing carbon reporting and compliance services supporting more than 30 major landlords and boosting his team’s productivity.

Andres is a regular presenter on sustainability topics and represents Colliers on various industry groups.