Ullapools oldest hotel on the market for close to 1m

Colliers International is offering the 83-bed Caledonian for sale

One of the main hotels in the picturesque Highland port of Ullapool has been put on the market, providing an exciting opportunity for experienced hotel operators.

The Caledonian Hotel is likely to be the oldest in Ullapool, a popular tourist town long known as the gateway to the Outer Hebrides and now receiving a further visitor boost from the NC500 Road route.

The 83-room property is being offered for sale by the Edinburgh office of Colliers International, which is inviting offers around £900,000 + VAT for the feuhold. The seller is a London-based private investment and property company.

Alistair Letham, a director in the UK hotels agency team at Colliers International, said: “The Caledonian Hotel has been an important hotel feature facility in Wester Ross and Ullapool for many, many years and continues to service the important leisure trade that visits Scotland’s beautiful north west during a very long period of seasonal trading. The availability of the Caledonian Hotel offers seasoned and experienced operators a great opportunity to purchase an established base it the top leisure destination of this exceptionally scenic area of Scotland.”

The Caledonian Hotel has its origins in the 19th century but in the intervening period has been extended significantly to provide 83 bedrooms, along with a range of public rooms, bars and dining areas. Occupying a sizeable corner site, the hotel has expansive views southwards over the town, the ferry terminal and towards Loch Broom.

Ullapool, situated on a peninsula on Loch Broom, is a natural port and is the main ferry terminal for the Outer Hebrides. In addition, Ullapool is on the now famous NC500 (Scotland’s answer to “Route 66”) with Ullapool an increasingly popular stop-off point for travellers on this 500-mile route around the northernmost part of Britain. 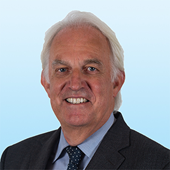