I am a Director in the National Offices team based in Bristol and have over 17 years experience.

Having joined Colliers International in August 2008 my role has included numerous disposals and acquisitions in the South West for a myriad of clients, from large funds such as Aviva to private individuals.

I previously worked for Bidwells Business Space Agency team in Cambridge (2003 -2008) where I specialised in office and research & development disposals and acquisitions.

My career commenced in 1999 with Chesterton International Plc in London. After qualifying as a member of the Royal Institution of Chartered Surveyors in 2001, I remained in the City office agency team. 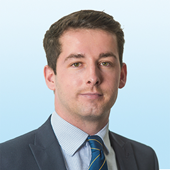 Alfie works closely with a range of clients, including funds, property companies, private individuals and occupiers, providing strategic agency advice on the City Centre and Out of Town Office Markets in Bristol.

Richard Coombs is a Director in the UK National Investment team with particular responsibility for investment in the South West. His specialist area is business space although he also provides advice to clients across all major sectors of the market.  Richard has advised clients such as Aviva Investors, Patrizia, Mayfair Capital, Aberdeen Standard Investments, Columbia Threadneedle Investments and Castleforge Partners for more than 25 years in the acquisition, sale and funding of investment property.

Prior to joining the National Capital Markets team at Colliers International in January 2019,  Carys worked at JLL where she had over two years’ experience working in Property & Asset Management, Office Agency, Development and Valuation Advisory.

She currently works on a diverse range of real estate transactions and forward funding agreements for a range of institutional funds, property companies and private investors.