Tourism has ground to a halt, a huge blow to Mediterranean countries

The novel coronavirus outbreak is affecting the global tourism industry in an unprecedented way. Travel has largely stalled, leading to record low occupancy rates. Hotels are having a hard time to cope and unemployment in the industry is rising. However, the Dutch situation is a bit brighter than in other European countries. The Mediterranean countries in particular are being hit, those that are still in recovery from the last financial crisis, according to research by real estate advisor Colliers International.

Countries that are less dependent on tourism are currently in a better situation. With 2.5% of the national income, the Netherlands ranks seventh out of the 23 European countries surveyed. In Poland and Sweden, this percentage is below 2%. Spain is well ahead and is the only one to exceed 7%.

“A large tourism sector is now disadvantageous for a country, especially if the virus lasts longer. In that case a percentage of more than 4% is alarming," says Dirk Bakker, head of hotels EMEA. “Countries that heavily depend on foreign tourists will also struggle with the current travel restrictions in place.”

Again all hands on deck for Greece
Due to strict travel measures and financial uncertainty, people will probably go on holiday in their own country first. The coming period looks specifically bad for Greece and Croatia. They rely almost entirely on international travelers. Greece is already struggling with a huge national debt and the absence of tourists is causing additional strain on the economy. This also applies to Italy and Portugal. Two countries that have already been hit hard by the financial crisis.

Also damage to the Netherlands
In the Netherlands, almost six out of ten travelers are domestic, which gives the country a solid base. Finland and Germany in particular have a good starting position, where almost 90% of tourists come from their own country. They can recover fairly quickly along with Norway, Sweden and Poland. Nevertheless, the corona virus will also leave a considerable mark in these countries, now that there is little or no travel domestic travel.

“In three months Europe’s summer season starts in which the industry has to realize the main part of its revenue. In case the virus is under control, the tourism industry can recover rapidly. For countries around the Mediterranean it is even crucial,” says Dirk Bakker. “If the current situation continues after the summer, the consequences for the tourism industry are disastrous and bankruptcies cannot be ruled out. Let alone that it will last until 2021. "

Travel world changed forever?
Whatever the scenario will be, the impact on the hotel industry and the economy will be significant. If the virus is contained before the summer, the Dutch tourism sector and the economy can recover fairly quickly. If it takes until after the summer, we look at a minimum of a year of recovery. If it is not until 2021, we will feel the consequences for years to come.

In addition, the question is whether the world will look the same in a post-corona world. Many business trips have been replaced by video calls. The first events are now organized digitally. It may very well be that this crisis will have changed the travel industry forever, and especially the world of business travel.

Tourism has ground to a halt, a huge blow to Mediterranean countries 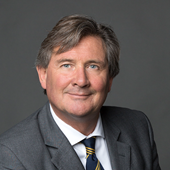 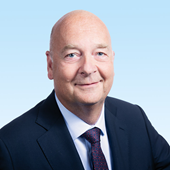 Joost was the founder in 2002 of MD Hotel Investments, a succesfull niche hotel corporate finance advisory based in Amsterdam and the co-founder of European Hotel Capital, a private equity international hotel fund. Since June 2013 Joost joined Colliers in Amsterdam as Director Hotels and specialised in hotel developement advisory, operator search and hotel financing.

Jules is  Director Transactions of Colliers International Hotels based in the Amsterdam office. He leads the team of professionals responsible for hotel investment advisory services in the Benelux and cross-border in the EMEA region.

Before rejoining Colliers in september 2018, Jules succesully founded and managed Eminent Real Estate (a boutique real estate family office) from October 2013 untill September 2018. Before founding Eminent Real Estate Jules was Director of Capital Markets at Colliers International managing the Dutch investment services team out of the Amsterdam HQ. Previously he was the Managing Partner of the Eindhoven office.

Before joining RSP/Van Boxtel & Partners Makelaars / Colliers International in 2003, he worked as a senior real estate agent/valuer at Clercx Liebau Bedrijfshuisvesting and Van Boxtel & Partners Makelaars, which came after the start of his career in 1995 as a junior real estate agent at Van Engelen Bedrijfsmakelaars in Eindhoven.