Kari Gro has more than 25 years of experience working with shopping centers and retail in different companies. She has worked with leasing offices, shops and restaurants at Aker Brygge and Center Manager at Aker Brygge. She has also worked as a General manager and Consultant in an advertising agency specialized in retail.

Charlotte has worked as Head of Landlord Representation at Colliers International since 2019.

She have long experience of leasing, negotiation and developing of commercial real estate and shopping malls. She have built up a solid network of Norwegian and international retailers in all industries and have a strong commercial understanding of what it takes to exploit the potential of any property.

Charlotte has previously worked as Property Manager and Concept Developer for KLP Eiendom's center in Oslo; Byporten Shopping, GlasMagasinet and Paleét in the period 2000-2007.
From 2007 to 2019, she worked for Steen & Strøm / Klépierre first as Leasing Manager and then Deputy Leasing Director for Steen & Strøm's project center Oslo City and Økern Sentrum.

Over the past 12 years, Charlotte has worked with and been responsible for leasing and commercial development of the following malls:
Oslo City and Steen & Strøm Magasin in Oslo. Gulskogen Senter, Drammen. City Syd and Tillertorget in Trondheim, Nerstranda in Tromsø, Sjøsiden i Mosjøen, Farmandstredet in Tønsberg, Amanda and Markedet in Haugesund, Lillestrøm Torv and Holmen Senter in Asker.

Carl Fredrik Marti joined the Oslo office of Colliers in 2000. As Head of Logistics he is responsible for the Industrial & Logistics Team in Norway, and has relationships with both national and international logistics companies. Carl Fredrik is a certificated broker working with transactions and landlord representation. With more than 20 years of experience, he has provided successful brokerage services to many well-known companies over the past several years, and has extensive knowledge of the logistics real estate market. 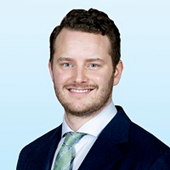 Christoffer works as a Real Estate Advisor, with a main focus on office lettings. He also has previous experience from commercial real estate entrepreneurship with a focus on office and retail.

Christoffer joined Colliers' landlord representation team in January 2019 as a real estate advisor. He specializes in office properties where he assists with lettings and consulting. Christoffer has previous experience with lettings, sublettings and other consulting work for office and combination deposits from NAI First Partners / Tiger Property Competence.