Colliers International honored to be part of the July 4th 2019 celebration organized by his Excellency Mr. Kyle Scott and the U.S. Embassy to Serbia

His excellency Mr. Kyle Scott and the U.S. Embassy to Serbia commemorate the 243rd birthday of the United States of America. The event was attended by government officials and diplomatic corps, business professionals, religious and intelligence representatives.

Independence Day, or commonly known as July 4th, is a most significant national holiday of the United States, that commemorates the adoption of the Independence Declaration on July 4th in 1776 from the Kingdom of Great Britain.

Colliers International Serbia was glad to be invited to the celebration of the event. Our company has been an honored attendee and one of the donor supporters of the celebration.

As stated by His Excellency, Mr. Scott, it is a great pleasure to celebrate this event with family, friends, and neighbors, but continued to say: we invite the inspiration of our founders – we strive to achieve as much height as possible, to lead, and not only blindly follow, to create a better future for our country, and for our neighbors.

Colliers International cherishes its cooperation with U.S. Embassy, and will be open for future cooperation. Once more our team gives its gratitude for inviting to and hosting the Independence Day celebration, and giving an opportunity to be a part of this unique manifestation. 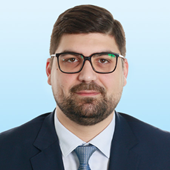 Ilija is responsible for expanding relationships with existing clients and developing relationships with new clients by implementing his knowledge and experience in a manner which builds upon Colliers standards, unifies the valuable knowledge of all team members and identifies opportunities for fresher approaches to meeting and managing clients’ needs. Ilija works with an extremely professional and dedicated team of highly experienced and motivated experts who are market leaders and responsible for adding value and delivering best solutions to all clients and market participants.

Ilija joined Colliers International in August of 2014 in the Valuation and Advisory Services (VAS) department. During his time with the VAS team, Ilija was responsible for carrying out comprehensive and detailed valuation and advisory reports for commercial and residential properties, covering the markets of Serbia, Montenegro, and Macedonia. By always acting as a true partner and advisor to clients, surpassing real estate appraisals and consultancy, Ilija is best known for exceeding client expectations and providing a high level of service excellence.

In 2019, for his dedication, professional maturity and great impact in contribution, Ilija was promoted to Key Account and Operations Manager, now handling the company’s key accounts and operations. He now ensures stable and structured performance according to the Colliers’ values as a main focus for the company’s economic growth and performance. 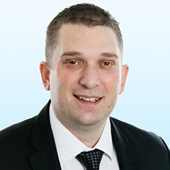 Having spent 5 years in Colliers International, Nikola joined CB Richard Ellis in 2011. He was appointed Office& Retail Senior Agency Consultant and continued to work with the biggest names in the industry.

In May 2012 Nikola returned to Colliers International as a Director of the Retail Agency team.

His comprehensive knowledge, enthusiasm and creative solutions enable him to match clients’ unique commercial needs in fields of offices, warehouses, and retail space.

And his charming personality and genuine approach towards clients and colleagues even in situations under pressure are what gravitates people towards him as he accents a sense of trust, and thus Colliers Serbia has granted him with the Most Charming Professional award in 2018.

Nikola is the Manager of the Valuation and Advisory Services Department. He has a multidiscipline background, having worked for renowned real estate consultancies and in a reputable financial institution in the financing of prime assets on the Serbian real estate market. Nikola is able to successfully provide advice to clients in every step of their investment cycle that maximizes their benefit and the project’s success. He has worked on large scale projects which include all segments of real estate, including specialized properties, renewable energy projects, and agricultural projects.

Prior to joining Colliers International, Nikola worked at UniCredit Bank Serbia as a Director of Collateral Management Unit. He has closely cooperated with the Project Financing Department and he was involved in the credit approval process for some of the largest projects in Serbia, assessing and mitigating the risks involved, managing client relationship and providing adequate collaterals to the Bank. Before UniCredit Bank, Nikola worked as a Financial Analyst at Nelt Co, and as a Valuation Consultant at CBRE and NAI atrium, respectively. Throughout his career, he had the opportunity to work with the largest investors in Serbia and the region, assessing large scale projects and supporting management decisions with financial models and extensive due diligence. During his term as Collateral Assessment Specialist of UniCredit bank Serbia, he has managed to become a court-appointed expert in the area of economics and has carried out dozens of expert reports used in various judicial processes.