This ITH adds onto the planned second Central Business District at the Jurong Lake District. The office component could be taken up by consolidating LTA and Ministry of Transport’s operations which are currently spread across PSA Building at Alexandra, Little India, Sin Ming Drive and Chai Chee Street. The retail space is relatively small and should not pose too much competition to the already robust retail mall scene in Jurong East.  To date, 10 such integrated transport hubs (ITHs) have been completed, with at least three – Bidadari, Buangkok and Punggol North already under construction, while more are planned in the longer term - Beauty World, Bedok South, Hougang, Jurong East, Marina South, Pasir Ris, Tampines North and Tengah.

Investment in purpose-built student accommodation (PBSA) has been growing; and notwithstanding the challenging market conditions, it is still considered an attractive defensive asset class, according to analysts and industry players. Global investment into the PBSA sector for the fourth quarter of 2019 topped US$7.6 billion, more than double that of the same period in 2018, according to data from Knight Frank. As at March 2020, the sector had seen some US$7.8 billion worth of investments, with volumes expected to surpass that of previous years.

The current Covid-19 outbreak has rapidly changed the operating environment globally. Depending on the extent of the pandemic, operators could face sustainability challenges. It is perhaps early to comment on any structural change but operators would definitely have to be flexible to make product adjustments and investors would need to consider additional risk factor in assessing PBSA.

Against high hopes, the 30% takeup appears to be disappointing. The developer of OLA EC had received 1,163 e-applications by the March 2 deadline for the 548-unit EC development, but only 14% converted to an actual sale after the price list was announced on 18 March. This could be due to the rising probability of an economic recession from COVID-19 and the resurgence of COVID-19 cases over the past week.  For big-ticket items - like buying a property - it requires a long term commitment, and job security which is now more uncertain. Despite offering a more luxurious image, OLA’s pricing per square foot and price quantum per unit were relatively similar to the two EC projects launched over the past one year: Piermont Grand and Parc Canberra which have sold 61% and 70% of their total units since their launch in July 2019 and February 2020 respectively. 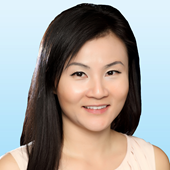 Tricia Song is a Director and the Head of Research at Colliers International Singapore. Ms Song brings with her more than 13 years of experience in real estate equity research and capital markets in Singapore and ASEAN. Before Colliers, she was the lead analyst for the Singapore Real Estate and REITs sector at Equity research at Barclays Bank PLC and before that at Credit Suisse, HSBC, CIMB-GK, and UOB KayHian. She was the lead analyst on various IPO pre-deals such as Ananda Development, iREIT Global and CapitaMalls Asia.

She also has prior experience in private equity, working on M&A deals in Asia Pacific at Newbridge Capital. Ms Song graduated with a Bachelor of Business Studies (Honours) degree from Nanyang Technological University, Singapore. 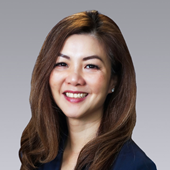 I am the Managing Director of Colliers in Singapore.  I am responsible for the growth strategy and direction of the business. We are an enterprising real estate service solutions provider – we are a team of experts advising our clients on their business space requirements, to their property investment choices and decisions, managing and driving their asset performance, as well as advising and valuing their assets.

My expertise is Capital Markets. I have a wealth of experience in selling buildings, hotels and development land for nearly 30 years. Headhunted from government service, I sold my first office building at 20 Malacca Street at Raffles Place barely one year into my new role. That same relentlessness saw me through many more deals, some bigger others smaller.  I have developed a great network and invested in strong relationships over the years. People very often ask me, what drives you?  That inexplicable joy I see on my clients’ face when I close a deal!

These trusted relationships allowed me to successfully entered into joint ventures with both Capitaland and City Developments Limited (CDL) during my stint on the buy side with Wells Fargo (then Wachovia Real Estate).

Taking on Singapore’s leadership role is a significant career progression for me.  Together with my team of experts, we have multiply our profitability six-folds since 2016. We continue to collaborate with our colleagues across markets to deliver strong results for our shareholders. One of my key focus is to accelerate the success of our people. I mentor, nurture and help them become experts, and I like to see the next generation of leaders emerge amongst them. Being a mother of three daughters, I understand my people’s aspirations.