I have obtained Master's Degree in Geography from Masaryk University in Brno in 1984 and  MBA from Sheffield Hallam  University in 1997.

First ten years of my proffesional Iife I  worked as a planner both in  private consulting   as well as  for the City of Brno as a Deputy Chief Architect heading Urban Development & Renewal Team. There I  have gained not only the understanding of how planning impacts the development but also  how to proactively use planning policies to initiate and support developments in both greenfields and brownfields. I had also studied relevant planing practices in the UK, Netherlands, USA and Japan.

I joined Bovis P&O Team in Brno in 1994 shortly after this  developer started to  build Czech Technology Park, which was  one of the first industrial developments in Central Europe  in cooperation between the City  and Technical University. My mission  was to  promote this development, identify potential customers,  work with the construction team  in order to accomodate the needs of the tenants and manage the leaase transaction on behalf of the developer. I worked with companies such as Siemens or Silicon Graphics  , which became the first tenants of this development.

In 1996 I joined Colliers International as Senior Property Consultant to build   the Industrial Real Estate Agency in the Czech Republic.

I have grown and managed the industrial team of Colliers up till 2009 during which period this team became leader in the Czech industrial   market having  transacted  over 3 milion sq m of industrial floor space and land  both on behalf of the occupiers as well as the landlords.  Most of the customers were international companies such as Prologis, AIG Lincoln, Ctp or Goodman on the landlord side or Bridgestone, VF Europe,  Johnson Controls, Schenker, DSV, Gebruder Weiss, DHL,  Moduslink and many others on the occupier side .

During this period I have also worked on behalf of the my  international occupier clients Bridgestone and Moduslink in the other European markets such as Spain or France as well as various countries of Central Europe.

Shortly after the begining of financial crisis in the early 2009 I became Managing Director of Colliers Czech Republic and took the team through the trubled, loses making period and transformed it to the profitable business.

In the midle of 2011 I have joined newly formed Corporate Solutions team in London to accomodate the needs of my existing as well as new industrial and manufacturing  customers across EMEA.  Since then I have   actively managed  industrial and manufactuirng related projects   in 17  countries of Europe, US  and Asia   covering the whole business life of the real estate: from location consulting through lease or freehold acquisition, portfolio management  to the building dissposals.

·   Managed sales and cquisitions trasnactions  of around 200 ha of industrial land plots and more than 200,000 sqm of industrial properties.

- Mananaged  on site transactions  across 15 EMEA countries from Ireland to Russia West to East and  Lithuania to Italy North to  South, USA and China

“We are very satisfied with the level of service and real estate expertise that Colliers International were able to implement when renting our new facility. Importantly, that you were able to meet our deadline expectations whilst at the same time, we believe, achieving good cost level for Rieter Automotive Systems.

Finally, we are grateful that you successfully negotiated competitive commercial lease terms that we probably could not have achieved without your input and to the overall level of commitment and enthusiasm brought to the process by Colliers International.”

“…your in-depth knowledge and experience of the market dynamics, legal framework, local players but also your understanding of multinational corporation investment processes proved key to achieving tight timing and budget.”

...  I wanted to take a minute and recognize the organization.

We chose Colliers for many reasons.  One of the most important was the talent and knowledge in the markets we were reviewing.  Through the process your team’s performance has proven that we made the right choice.

We appreciate everyone’s professionalism and responsiveness.

...finished building of Inteva in Rychnov ...lot of the credit needs to go to you and the construction manager. I thought you would like to hear that since you probably don't get as much credit as you should. Thanks again for your efforts to pull this together.

Topgunadvisors on behalf of Inteva

‘Karel Stransky is highly experienced, communicative, a good listener, and thinks "out of the box." He was the right person for the task’ 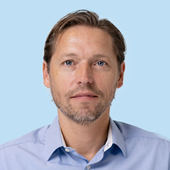 I joined Colliers Industrial team in July 2014. I am pleased to have been given the opportunity to represent this company. My primary aim is to find comprehensive commercial real estate solutions for both the tenants and landlords and contribute this way to their successful and prosperous business going forward.