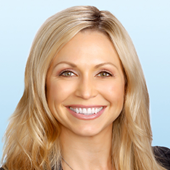 I’m an Associate Broker based out of the Pleasanton office specializing in Industrial, Flex and Office representing tenants, landlords and investors.  I’m working closely with Michael Lloyd and focused on Pleasanton, Livermore, Dublin and San Ramon in the Tri-Valley.

I grew up in San Ramon and attended San Diego State University.  After graduation I embarked on a sales career in the high-tech industry covering the Bay Area. I spent the next 15 years immersed in the ins and outs of the booming tech industry, advising hundreds of clients on sophisticated solutions that helped organizations successfully grow their businesses. I decided to pivot and pursue another passion of mine, commercial real estate, where I'm able to continue helping clients develop thoughtful, integrated strategies to help their businesses thrive.

I was drawn to Colliers International for the 20 year history in the Tri-Valley, superior market expertise and dedication to driving exceptional results.

I reside in Danville with my husband and two daughters.  In my free time, you can find me on my mountain bike with kids in tow, on the Peloton or in Lake Tahoe with the family.

I recieved my Bachelor's degree in Business Administration and Marketing from San Diego State University and Real Estate License in 2016.

Michael Lloyd, SIOR, joined Colliers International in 1984 as an industrial broker specializing in the sale and leasing of industrial space in the I-580/I-680 corridor, from Pleasanton to Livermore to Tracy. His emphasis has been representing institutional property owners, major developers and tenants in sales/purchase and leasing of their projects. Since 1985, he has completed over 1,780 lease and sale transactions totaling more than 42 million square feet of space and has negotiated land and commercial property sales valued at nearly $2 billion.

In 2006, Michael became a Principal and Director of Colliers International and he was inducted into SIOR in 1998. Michael served as the 2008 Northern California Chapter SIOR President and also served on the SIOR Executive Committee from 2003-2009.

As an agent aligned with Colliers International, a full-service brokerage company, Mr. Lloyd has many resources available to him. These include market information tracked on our state-of-the-art computer system with software written specifically for our needs, along with deal analysis programs. Additionally, if the transaction requires the involvement of outside experts in legal matters, space planning or tenant construction, Colliers International makes those resources readily available. Mr. Lloyd is able to smoothly guide his client through the deal process – from site evaluation to space planning – to the eventual lease or sale negotiation and move-in. Michael is active in the local community as a Coach with CYO, Danville Little League and the AAU basketball organization.