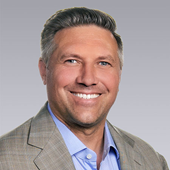 Clay Anderson joined the Investment Services Team at Colliers International in 2006. Over the past several years, he and his team have transacted on over $1.1 billion in commercial real estate, incorporating shopping centers, office buildings, apartments, mobile-home parks, and net-leased investments.

Clay has become a go-to source in the multi-family arena transacting in over 4,300 multi-housing units in the past 13 years.  Clay’s areas of specialization include Multi-Family, Net-Leased Retail, and Office Investments.  Clay has achieved Colliers esteemed “Colliers Everest Club” status multiple times, recognizing the top 10% producers among Colliers in North America.

He has been a featured speaker at BOMA, Urban Land Institute, and Colliers Outlook Forum.

A native of Idaho, Clay spent the first eight years of his career in Phoenix, Arizona.  Prior to his entrance to brokerage (2006), Clay worked as a CPA at Deloitte and also worked as an energy commodities consultant at Pinnacle West, handling their derivative hedging program.

Clay completed an LDS church mission in Northern England in 1992-1994, and was selected as Student Business Leader of the Year and co-captain of the varsity basketball team for University of Alaska-Anchorage in 1998.  He is actively involved as a coach and mentor in youth sports. He has served as a volunteer in the Big Brother / Big Sister program, and as a fundraiser for the Junior Diabetes Foundation.  He has a BBA in Accounting from University of Alaska-Anchorage and MBA from Arizona State University. 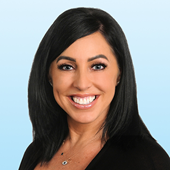 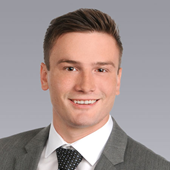 Chap started his real estate career as an intern with Colliers International from the San Diego office. In 2019, he joined Colliers International Idaho where he works to represent buyers and sellers, primarily within the multifamily specialty. He has experience researching information on behalf of a client, property appraisals and BOV's and understands investor needs and expectations.

Prior to joining the organization, Chap owned GoKombi, a high-end vehicle broker business and interned at Filicetti Law Office in Boise.