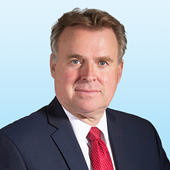 Cleve Brock worked for CBC Advisors from 2015 to early 2018 before joining Colliers International. He began his commercial real estate career in 1987, earning the Rookie of the Year Award at Cornish and Carey Commercial, the San Francisco Bay Area’s largest private commercial real estate brokerage firm. In 1992 Cleve moved to Bend, Oregon. He became partners with Coldwell Banker Commercial — Kerr, Oliver and Brock in 1994 specializing in office, retail, industrial and investment properties. Cleve started the Windermere Commercial office of Redmond, Oregon, in 2003 and managed that office for seven years. In 2010 he relocated his family to Boise, Idaho, specializing in retail, until his move to Provo, Utah, in 2014, where he became owner and principal broker of Brock Commercial Real Estate.

Cleve currently holds licenses in Utah, Oregon and Idaho and previously held a license in California. He is a member of International Council of Shopping Centers (ICSC). Cleve earned a Bachelor of Arts from Southern Oregon University/Brigham Young University. His hobbies include athletics, playing the guitar and harmonica, DJing weddings, writing short stories and novels, and operating his home recording studio.