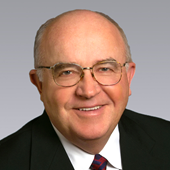 With over 41 invaluable years of multifamily investment sales experience, Dave has personally closed well over $4 billion in apartment transactions and is widely recognized as one of Seattle’s top apartment brokers. Throughout his extensive career, Dave has developed and maintained strong client relationships with the leading pension fund advisors, REITs, and large syndicators as well as high net worth individuals and families.

Dave Schumacher began his multifamily career at what is now CBRE, winning Rookie of the Year in his first year. He remained the top apartment broker in the Seattle office for most of his 14-year tenure, eventually earning the title First Vice President. In 1990, he was named the top investment broker in the country. The following year, Dave left to form his own brokerage firm, Columbia Partners, which became one of the most successful boutique commercial real estate brokerages on the West Coast.

When Dave is not working for his clients on apartment deals, his world revolves around his 6 grandchildren