Mr. Willmore joined Colliers in the Fall of 2012. As Executive Vice President, he specializes in industrial brokerage services. Mr. Willmore has over 28 years of experience as a real estate agent and broker in Las Vegas. He has brokered over 2,750 office and industrial sale and lease transactions valued over $1.2 Billion.

Mr. Willmore has an excellent working knowledge and demonstrated expertise in site selection, finance, facilities planning, build-to-suit development and lease and sale negotiations of industrial properties. While working as a Project Development Manager for Dermody Properties and the Estes Company, he completed build-to-suit facilities for such companies as Memorex, Garret AiResearch, and Husky Nozzel Corporation in Tucson, and Office Club in Las Vegas, in addition to completing over 500,000 SF of speculative industrial space.

Mr. Willmore has been an active member of the Society of Industrial and Office Realtors (SIOR) since 1995 and served as President of the SIOR Nevada chapter in 2002 and 2007. From 2010 to 2012, Mr. Willmore served as the Regional Director for SIOR’s Western Region, which includes Los Angeles, San Diego, Orange County, the Inland Empire, Northern California and Arizona, and served on its National Board of Directors. He has also served as the National Chairman of the SIOR Admission Committee and has been a member of the SIOR National Ethics and Professional Standards Committee.

2009 People’s Choice Broker of the Year

2010 People’s Choice Broker of the Year

BSBA In Finance and Real Estate from the University of Arizona

The Colliers International “corporate culture” of giving back to the community has inspired Dean to actively support the Leukemia and Lymphoma Society and Muscular Dystrophy. Mr. Willmore also participated in the Big Brothers/Big Sisters program for many years.

Alex Stanisic is an Associate in the Industrial Division of Colliers International, the leading Commercial Real Estate firm in Nevada. Mr. Stanisic is part of a team that is made up of his business partner Dean Wilmore, SIOR and Michael Willmore. Mr. Stanisic's sole focus is on the Las Vegas Industrial Market. Mr. Stanisic handles every facet from Landlord/Tenant and Seller/Buyer representation to land acquisition and building sales.

Mike Willmore is an Associate working on the Willmore Industrial Team with Dean Willmore, SIOR and Alex Stanisic in the Industrial Division of Colliers International.

Mike’s brokerage services include representing tenants and owners in the leasing and sales of all industrial property types.  Mike additionally manages all listings and marketing campaigns for the Willmore Industrial Team and supports client communications.

Mike was born and raised in Las Vegas.  He graduated from the University of Arizona with a degree in Political Science and joined Colliers International in July of 2017.  He is an active member in the Southern Nevada CCIM and NAIOP Southern Nevada Chapters. 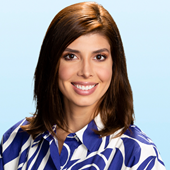