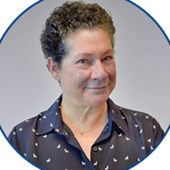 I handle the marketing tasks for the Mergers & Acquisitions group  based in Salt Lake City, including research, writing, web content, social media and more. 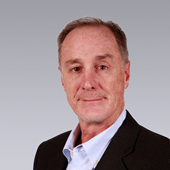 Duane brings over 35 years of business ownership and mergers & acquisitions experience to Colliers International. His extensive background as a business owner and operator gives him valuable insight into the inner workings of small business.  His business ownership experience includes specialty sports retail, light manufacturing, national and international sales and distribution of branded sports products.  He has a solid understanding of what it takes to run a small to medium sized business and the unique aspects of passing on a business from one owner to the next.

Duane has successfully managed and closed hundreds of transactions locally, nationally and overseas in the main street and lower middle-market arenas, representing both buyers and sellers.

Duane was born and raised on the East Coast and relocated to Utah in the early eighties. He has been married for 31 years and he and his wife have raised 2 daughters. He is a life long outdorrsman and with his family he enjoys many outdoor sports including skiing and snowboarding, mountain biking, windsurfing, fishing and hunting. 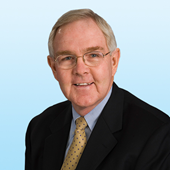 Scott Sceili brings to Colliers International over 20 years of successful business transaction experience. He was a top-producing franchise sales manager for Midas International and Jiffy Lube International. He also owned and operated a chain of Quick Lube businesses along the Wasatch Front. Scott has guided hundreds of sellers and buyers through seamless business ownership transitions.

Scott’s experience in business brokerage sales has ranged over many industries, making his expertise widely applicable for his clients. In the past, he has sold a successful ski rental business, a screen-printing and embroidery business, a durable medical equipment business, and an advertising and promotional products company. SCott has also been instrumental in the sale of a number of gas station convenience stores. His gross sales have totaled over $6 million during his career.

Scott served for two years in the army and enjoys fishing in his free time. 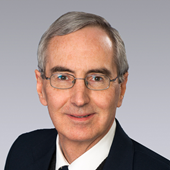 Chuck Berg began his career in business brokerage in 1981. Since then, he has been instrumental in the sale of businesses across all industries.

Chuck holds the title for the largest sale in the Sunbelt Business Brokerage system of over 300 offices nationally in 2007. When his business pursuits have not been in mergers and acquisitions, Chuck has been involved in disruptive-technology startups.

Chuck’s favorite part of his job is being able to counsel entrepreneurs regarding their businesses, a task that few people completely understand or are willing to do without hefty fees. He has owned his own automotive business, has played many roles in several startups over the course of his career and is currently an angel investor for a medical startup that has developed a test for the Zika virus that now trades on NASDAQ.

In his free time, Chuck enjoys spending time with his family and playing tennis, an activity he has actively pursued since he played intercollegiately. He is the father of one daughter, a former Harvard professor, and has three grandsons. 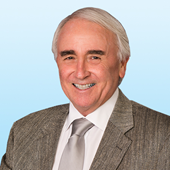 Ron Stevens has been involved in business brokerage for over 15 years, successfully closing over 60 transactions. He has owned and run several small businesses, including three Little Gym franchises and a salon/boutique, so he understands firsthand the process of selling a business from both the buyer’s and seller’s perspective.

Ron has an undergraduate degree from the University of Utah and an MBA from Seattle University. In addition, he passed the SEC series 79, limited investment banker, and series 63, uniform securities agent, state law designations exams. He has a real estate license in Utah, California and Nevada.

He has been very active in the community, having served on the board of directors of the YMCA of Northern Utah for 18 years, and been involved with the Rotary Club of Millcreek and was past president of the Salt Lake Exchange Club. 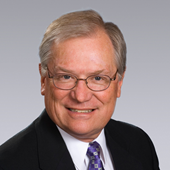 Greg Heaton has been involved with mergers & acquisitions and business brokerage and commercial real estate since 1983. He has lived and worked in Virginia, Ohio, Minnesota, Arizona, Colorado and Utah. He owned his own business brokerage and consulting office in Arizona for six years. He has traveled and worked extensively throughout the United States, Europe and South America. Greg has owned several businesses himself, most of which were “turn around” businesses. 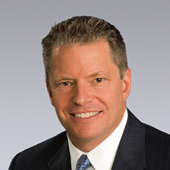 Peter Gordon brings over 25 years of deal making experience to Colliers Utah’s Mergers &
Acquisitions group, including commercial real estate valuations, appraisals, and sales. He has
worked with clients large and small, managing small-business transactions of all sizes in the
medical, retail and manufacturing sectors.
Peter began his career in 1988 in San Diego, where he worked for commercial real estate
market leader Illiff Thorn and Company and was one of their top agents. Peter then spent a year
in San Francisco working for Hanford Healy commercial appraisal before moving to Salt Lake City
in 1992. Before joining Colliers’ M&A group, he was a founding member of G&G Investment
Advisory Group, an affiliate of Colliers International that specialized in the acquisition and
disposition of single and multi-tenant investment properties.
Peter is known for his intuitive approach to problem solving and strong client loyalty. He works
hard for clients, positioning assets to maximize ROI. Peter has formed a strategic alliance with
M&A industry leader Duane Bush, drawing on a combined total of 60 years of business ownership
and mergers & acquisitions experience. Members of Peter’s team provide financial and valuation
analysis and cutting-edge mapping, graphics, and demographic and data analysis to provide clients
with the most compelling, state-of-the-art marketing packages in the Intermountain West. 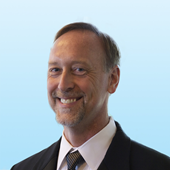 I started my Business Broker career in 1995 as a Sales Agent for Business Resource Center in Ogden.  Within a few years, I obtained my Broker’s License, bought the company, and operated as Utah Business Sales in Layton.  In Sep 2015, after twenty years of selling businesses, I decided that I wanted to pursue other opportunities.  Since then, I have continued to serve business owners as an account manager for business expo’s, as a business analyst, and advertising accounts manager.  After exploring those opportunities, I realized I missed the satisfaction of coordinating successful business sales which led me to join Colliers International. 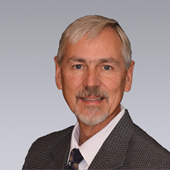 Glen Heaton has been involved with Mergers and Acquisitions/Business Brokerage and commercial real estate since 2005. Glen believes in helping business owners develop and implement exit strategies that help them achieve their goals and move forward with the next phase of their lives. He has excellent analytical, negotiating, and people skills that are all vital in being able to successfully complete business sale and commercial real estate transactions. Prior to working in Business Brokerage and commercial real estate, Glen worked for two large organizations as the head of administrative operations, the most recent spanned 42 locations with over 1,000 employees across the 10 southern states. For 13 years before that, Glen was the financial manager for another large regional organization with 33 offices and over 750 employees in 8 states across the West.

Over the past several years Glen has helped expand the brokerages he has worked for presence in Southern Utah, while at the same time, worked closely with our team of professionals in the Northern Utah offices, advising clients there as well.

Glen believes in giving back to the local communities in which he has lived. He has been a youth soccer coach for over 30 years, coaching kids from four years old all the way through high school.