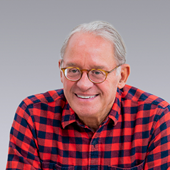 Greg Gunn is one of the most accomplished and respected office agents in the state of Utah. In his over 30 years of experience, he has been the 1992 Salt Lake Board of Realtors Commercial Salesperson of the Year, past president of the Utah Chapter of NAIOP; and lifetime- and master-status member of the Salt Lake Board of Realtors Million Dollar Club. He is an office designee of the over 3,000 international membership of SIOR (Society of Industrial and Office Realtors) and has been since 1990.

Greg has distinguished himself in his career by having listed more downtown class-A high-rise office buildings than any other office agent in Utah. He has also listed a number of significant suburban office projects.

From 1996 to 2006, Greg was a senior vice president at Cottonwood Realty Services. While there, he was the listing agent for the 450,000-square-foot Cottonwood Corporate Center. Through his leadership between 1996 and 2000, he leased the project to where it was 99 percent leased and at the highest rates that had ever been achieved at that time in any suburban office project in the Salt Lake market. During the lease up, he also coordinated the construction of over $20 million in tenant finish work.

Prior to Cottonwood Realty Services, he was associated with Consolidated Realty Group (CRG) – now Commerce Real Estate Solutions – Cushman Wakefield Alliance for ten years. There he was named a partner, Salesman of the Year, Most Valuable Player and consistently a top-five producer. While there, Greg was the only agent in NAI Global to twice receive the President’s Award for completing the largest sales transaction within its international membership.

Greg is recognized as an authority in the local office building industry. He was a keynote speaker for several local BOMA (Building Owners and Managers Association) Forecast Breakfasts. He also served as a speaker for the Utah Chapter of International Facilities Managers Association (IFMA) 2000 and 2014 fall conferences. He was the speaker at the 2013 NAIOP Commercial Real Estate Symposium, providing insights, trends and a forecast for the coming year on the Salt Lake office market. He has been quoted in numerous magazine and newspaper articles, worked as a consultant and an expert witness and has served as the local reporter for the national office publications of SIOR and BOMA. Greg is active in community affairs. He is a member and past director of the Alta Club, was past director of the University of Utah Alumni Association, was past treasurer of the Rotary Club of Salt Lake, was named to the 1994–1995 National Directory of Who’s Who in Executives and Professionals, was named a 2006 Salt Lake City Office Power Broker by CoStar and is a member of the Utah Technology Council.

Univeristy of Utah, Masters in Business Administration
University of Utah, Bachelor of Science