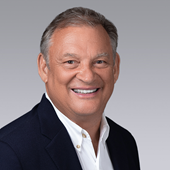 Mr. Kidder’s current listings, which total more than $300 Million, include the following industrial zoned land and condominiums in Kapolei:

Kapolei Business Park, Phase 2A, a master planned 54-acre industrial park built in two phases. The initial phase, which is currently under construction, will consist of 17 fee simple industrial zoned lots ranging in size from 1.035 acres to 4.695 acres.

Kapolei Trade Center, located in Kapolei Business Park, Phase 1, which changed ownerships twice. Mr. Kidder represented all parties involved in each purchase, sale and lease. Currently, all 93 units will be available for fee simple purchase and lease in the 2nd half of 2015.

Kapolei Commerce Center, which consists of 13.78 acres of fee simple land with zoning that allows for a variety of retail, office, showroom and general commercial uses with easy on and off H1 access and visibility.

University of Texas, Austin (Bachelor of Science in Finance with a Minor in International Business)