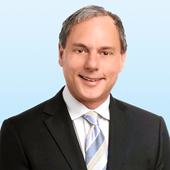 Jeff Berg joined the firm in 2014. After practicing as a real estate attorney with Kansas City’s largest law firm and with Applebee’s International, Jeff turned his attention to the transactional side of the business in 1995. Since then, Jeff has leased, acquired, and developed several first class shopping centers and mixed-use projects. In 2009, Jeff led the $63.5 million acquisition of three iconic Kansas City-area shopping centers, which were named as a Wall Street Journal Deal of the Week. Jeff led the leasing and redevelopment of these centers – producing a transformation that has been extremely well-received by tenants, residents, and shoppers.  Jeff also continues to work with REITs and other shopping center owners to formulate and implement profitable, market-responsive merchandising and leasing plans.

In addition to the ownership side of the business, Jeff has represented many of the top national and regional retailers to develop and execute their real estate strategy in Kansas City and other Midwest markets. Jeff represents national retailers such as, Costco, Petsmart, Dick’s Sporting Goods, and At Home, and has been especially proud to help develop the market strategy retailers first entering the Kansas City market such as, Staples and Chick-fil-A. Jeff continues to work and conceptualize with top-of-the-line local and regional companies such as, BRGR, Tavern, Taco Republic and Gram & Dun.

University of Michigan, Ann Arbor – Bachelor of Arts in Communications, 1986