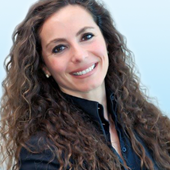 Jihane A. Boury is an Executive Vice President in the Occupier Services group of the Dallas-Fort Worth office of Colliers International. Her focus is tenant representation for corporate clients. This unique focus is supported by a complete array of integrated services that cover every stage of the real estate life cycle, from intial planning to final implementation.

Prior to joining Colliers, Jihane successfully maintained above 97% occupancy in six Class AA office towers in Uptown Dallas. She successfully negotiated, leased, expanded and renewed over 3.5 million square feet in her 13-year career at Harwood International. Jihane has established an extensive network of relationships in the legal, financial and energy industries.

During her tenure at Harwood, Jihane worked closely with the CEO and the development team to create a vision and master plan for the fastest growing district in Uptown, Dallas that encompassed 18 city blocks.

As a registered Interior Designer, Mrs. Boury brings an added dimension and a deep understanding to her corporate clients’ needs. Her 18 years of experience in programming, master planning, and in all phases of architectural design and construction enables her to assist corporate clients with envisioning and creating a perfect work environment.

Bachelor of Science in Interior Design - School of Architecture at University of Texas in Arlington.

"It continues to be our pleasure to work with Jihane as we go through the process of constructing our new offices. Over the years we have known and worked with her, we have come to think of Jihane not as our broker but more as our all-around real estate consigliere- finding a building, negotiating a lease, designing a first class space, overseeing construction, furniture selection and everything else she does above and beyond for us. She is smart, knows the market exceptionally well, and we've yet to find a subject in the office market in which she isn't well versed, from 'what's market' to construction details. We highly recommend her to anyone looking for space in Dallas."

"Jihane's level of service and commitment to Polsinelli as a tenant was a key reason that we chose our initial space and moved to our new space.  Her real estate creative solutions and her design and construction experience facilitated our office growth. She is a pleasure to work with, very knowledgeable and extremely responsive."

"I appreciated working with Jihane for the seven years she was responsible for helping us fulfill our office space requirements. As our company grew and evolved over that period, so did our real estate needs. We were always able to rely on Jihane’s attention to detail, responsiveness and professionalism to find solutions for us. She was a pleasure to do business with." 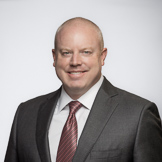 He was born and raised in East Dallas and educated at First Baptist Academy in Downtown Dallas, where he observed firsthand the majority of its development in the mid-1980’s.  Although Travis represents clients all over the DFW Metroplex, he has a specific affinity toward the Uptown and Downtown CBD submarkets where he is considered a well-rounded submarket expert, ambassador and thought leader.

Travis began his commercial real estate career with PM Realty Group in 2007, where he was responsible for business development and office leasing with several well known landlords in the Uptown, Central Expressway and Central Business District submarkets. From this extensive agency leasing experience, Travis offers his clients a unique, well-rounded perspective on how landlords think, operate and negotiate.

Travis established himself as a leading tenant representative in the Transaction Advisory Services division of Transwestern Dallas before joining Colliers in 2012. Travis briefly left Colliers in 2015 to work with his father at JLL, and returned in January, 2017.

Before he began his commercial real estate career at the age of 31, Travis was employed by Accenture and KPMG LLP for nearly a decade. From this experience, he gained extensive business consulting and project management knowledge which strengthens his capability as a tenant representative in the commercial real estate industry.

Stephen is a Senior Vice President in the Dallas-Fort Worth office of Colliers International. He specializes in office tenant representation with an emphasis in the healthcare and corporate industries.

Stephen has over 15 years of experience providing solutions for owners and users of office space. He utilizes an analytical approach in conjunction with a collaborative process and extensive market knowledge.  This method provides his clients with the essential tools required to make profitable and expedient real estate decisions.

Before joining Colliers, Stephen was a Senior Vice President at Dominus Commercial, Inc. There, he created strategies to achieve clients’ goals through a thorough analysis of their real estate needs. His abilities to negotiate and identify effective client solutions led him to be a Top Producer year after year.

Prior to Colliers, Stephen served as a Senior Account Executive for Dahlgren Duck in Carrollton, Texas from 1995 to 2005, where he generated sales to luxury hotels, restaurants, and country clubs as well as for special luxury markets in the private aviation and yacht industry.

Prior to joining Colliers, Dylan worked at a boutique full service real estate firm where he was responsible for business development and office leasing across the DFW Metroplex. This included leasing the seventh largest office building in Dallas, 1700 Pacific, located in the heart of Downtown. In this role, working with different andlords, Dylan gained a better understanding of how landlords view different leases, what is most important to landlords in a lease transaction based on their plan for each building and what items need to be the most heavily scrutinized in a lease document from the perspective of the tenant among other things.

Before beginning his real estate career, Dylan worked at the software company Active Network, where he helped organizations of all sizes, from pop warner football teams to summer camps to churches, manage and grow the number of people that they impact. 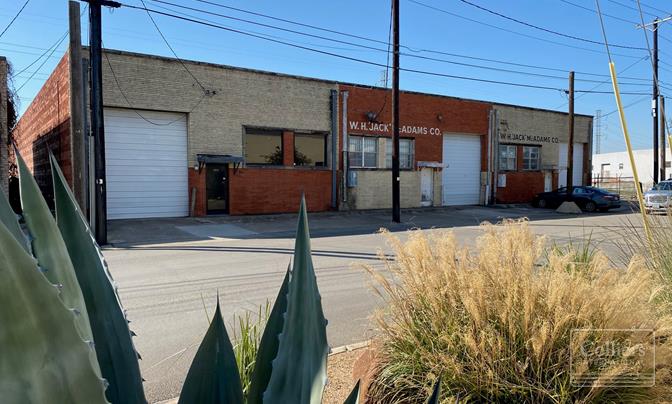 The Design District is an art aficionado’s dream in the heart of Dallas. It is a flourishing and upscale community that is home to a multitude of artists, galleries, showrooms, and styles, from paintings to fashion to furniture, and from a range of different time periods. This trendy neighborhood also hosts plenty of high-end eateries and breweries, as well as luxury apartments. The district is experiencing explosive growth with more and more residential and mixed-use development coming on the scene, yet remains unique and diverse with no chains or national retailers. It is an eclectic yet welcoming place for anyone with a flair for the artsy! 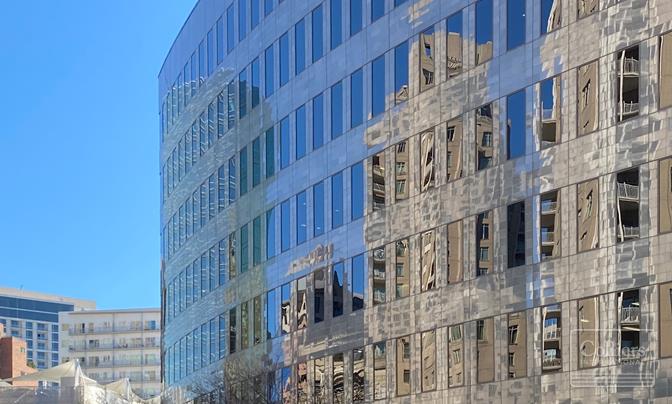 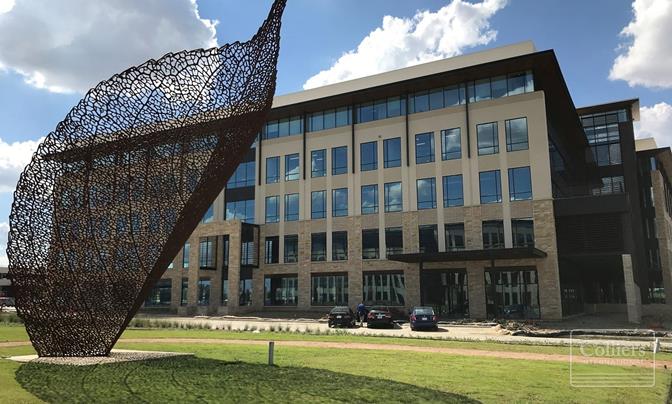 This Class A high rise suite is located in Irving close to numerous restaurants, retail, transportation, and more. Suite 810 has a spacious square footage of 8,963 with furniture available and great lake views!