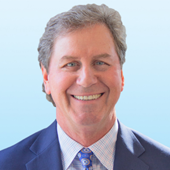 Jim Flink is Executive Vice President of Colliers International Raleigh-Durham. A 35-year industry veteran in investment sales, Jim focuses on land acquisition, multifamily, & income-producing properties. He is considered one of the foremost experts on the Raleigh-Durham multifamily market, having brokered the sale of land and communities for more than 30 apartments. His knowledge of the multifamily industry has led to extensive work with local, regional and national multifamily developers. Jim also works extensively with regional and national homebuilders on procurement of land.

In addition, he has brokered numerous shopping center and mixed-use sites. He was part of the team that assembled the land for The Streets of Southpoint Mall in Durham, which consistently performs as one of the top grossing malls in North Carolina. He has also provided consultation services to numerous grocery-anchored shopping center developers, most recently having brokered the site for Wegman’s Grocery on Davis Drive in Cary.

Jim has assisted in site selection, due diligence, site planning and entitlement for a wide range of clients including Leyland Alliance, Wells Fargo, Greystar, Blue Heron Fund and Weingarten Realty to name a few.

Jim co-founded Vanguard Associates in 1987 and, with his partners, grew the firm into a regional commercial brokerage services company before selling to The St. Joe Company. He then became a partner with Dilweg Companies where he focused on apartment acquisitions. Before joining Colliers International, Jim worked as Director of Land Advisory at Cushman & Wakefield.