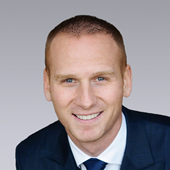 Jordan Wall has proven to be a dynamic force in the world of commercial real estate and corporate services. At his previous firm, Jordan was awarded the prestigious Rookie of the Year award in 2010, while also finishing in the top 2 percent globally from 2010–2017 for CBC Commercial. Jordan was also recognized by CCIM as one of the Gold Top Performers between 2012–2017, which is the highest classification award given by the organization. Jordan was also recognized in 2016 & 17 as one of Utah’s Top 3 Office Broker’s finalists.

Jordan was chosen as the keynote speaker for the NAIOP 2015 Symposium as Utah’s Office Leader, providing the past year’s market data and highlights as well as key market projections for the upcoming year.

Jordan represented The Gardner Company in closing the largest office transaction in Utah’s history in 2017. The joint venture between The Gardner Company and Sandy City will result in the development of the tallest office tower outside of the Center Business District. It was an extremely complex process to work through, with four different parties involved in the transaction, but due to Jordan’s superior market intelligence the process was streamlined, with any concerns quickly resolved, bringing the transaction to a quick close to meet critical deadlines.

Jordan represents numerous corporate clients in addition to numerous large-scale commercial projects in the region. Hailed as an emerging leader in the regional corporate services field, Jordan develops relationships and presents ideal facilities solutions to clients, developers and business leaders. He also assists many companies with their expansion and growth needs, enabling them to successfully grow their business.  Jordan’s leasing practice has eclipsed over a billion dollars in transaction volume during his short but illustrious 12 year career while he averages closing over 100 leases per year. He has also closed significant land and investment deals over the past 5 years which have amounted to over a $350 million in sales.