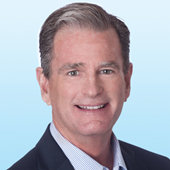 In January of 1991, he joined Colliers International Retail Division in the Carlsbad office, specializing in the leasing and selling of project types ranging from small neighborhood strip centers to large supermarket anchored centers. Since then, Kirk has been involved in retail commercial projects form their conception, participating in the planning, pre-leasing, and lease-up of space following construction, and also leasing existing retail projects up to 500,000 square feet in size. Recently, Kirk has spent considerable time on retail investment sales, and has extensive experience representing both tenants and landlords throughout San Diego, South Orange County and South Riverside County.

Kirk has been very active in 2010, despite challenging market conditions, and is slated to complete a large number of leases and several sale transactions, and has received numerous honors.

Kirk prides himself on his ability to contact and keep in touch with a large volume of tenants active in the North San Diego County marketplace, as well as keeping appraised of new development and how it impacts existing product. Since entering the commercial real estate field, he has been an active member of the International Council of Shopping Centers.