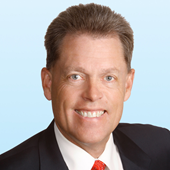 Michael specializes in both Landlord and Tenant Representation. His experience and dedication allow him to work with not only national companies, but also the understanding to the fill the needs of “start-up” companies looking for their first facility. This versatility has allowed Michael success in all facets of the commercial market from Office, to Retail, to Medical, to R&D, as well as the sales and investment market. His Midwest background and rural upbringing has been particularly beneficial in the handling of small “family owned” real estate so common in Silicon Valley.

Michael Johnson is in his thirty-ninth year as real estate broker. Michael earned his degree in business in 1978 from the University of Nebraska at Lincoln. A native Nebraskan, he has been married to his wife Christina for 28 years and they have three children, Scott (22), Austin (20), and Jennifer (16). Michael spends most of his free time hunting and fishing with his boys and with the sports and school activities of their children.

Michael became a Principal of the firm in 1995 helping to expand the Colliers International, Inc. from one office in San Jose to the current eleven in Nevada and California. He is a member of ASVB -  The Association of Silicon Valley Brokers. In 1997 Michael was formally inducted as a member in the Society of Industrial and Office Realtors (SIOR), the premier organization in the world for commercial real estate, where membership is earned by tenure, performance, and the strictest adherence to the highest ethical standards. These requirements ensure the SIOR designees possess a standard of expertise and knowledge unmatched by competing brokers in local, regional, or national markets.

Michael has coached both his boys in baseball and his daughter in softball. He is heavily involved with the Mountain View High School Athletics Booster and Funding Raising Committee. Michael was also the assistant to the Scout Master for his sons Boy Scout Troop and helped both his boys achieve their goal of Eagle Scout.