When its marketing campaign launched a year ago, the eight-parcel Campus Station opportunity in Seattle’s University District was the largest contiguous, fee-simple assemblage to hit the market since the rezone toward greater density and taller buildings in 2017. Yesterday, that assemblage sold to Landmark Properties, the nation’s top developer of student housing, for $39 million or $950 per square foot. Colliers International’s Tim McKay, Dan Chhan and Sam Wayne represented the sellers in the transaction.

The new owner plans to begin construction in 2021 on two residential towers with 1,100 beds in 549 units on the combined parcels, which span nearly an acre from 4202 to 4238 12th Avenue NE. The site is three blocks from the University of Washington and half a block from the future U District station of Sound Transit’s Link Light Rail.

“The U District continues as one of Puget Sound’s most desirable locations for investors, given the 1) expanding student enrollment at UW, a Tier-1 university; 2) the opening of light rail in the University District in 2021 with direct connection to major employers in downtown Seattle; and 3) limited supply of quality developable sites in that submarket,” noted McKay.

Mr. Chhan further explained, “We knew a large-scale opportunity like Campus Station would appeal to a spectrum of investors, however, at that time, there were no comps based on the new, high-rise zoning code. Our assignment was essentially to make a market for 240’, high-rise zoning in the University District. Despite the obvious challenges, our marketing generated 13 competitive offers from buyers across four continents. In the end, we achieved the highest-ever price per square foot in the University District that’s also among the highest ever for a multifamily property in Seattle.”

“When we created the vision for Campus Station in 2017, it was the first two-tower, high-rise development opportunity in the University District. Today, 12 towers are proposed or under construction,” Mr. Wayne said. “In addition to facilitating a transaction that will alter the future landscape of the U District, we helped the nearly 30 individuals with an ownership interest in the properties sold as part of the Campus Station assemblage to redirect funds derived from the sale into new investments with strong cash flows.”

Colliers International (NASDAQ, TSX: CIGI) is a leading global real estate services and investment management company. With operations in 68 countries, our 14,000 enterprising people work collaboratively to provide expert advice and services to maximize the value of property for real estate occupiers, owners and investors. For more than 20 years, our experienced leadership team, owning more than 40% of our equity, have delivered industry-leading investment returns for shareholders. In 2018, corporate revenues were $2.8 billion ($3.3 billion including affiliates), with more than $26 billion of assets under management. Learn more about how we accelerate success at corporate.colliers.com, Twitter @Colliers or LinkedIn. To see the latest news on Colliers International in the Puget Sound Region, follow @CI_PugetSound on Twitter or check out the website at www.colliers.com/seattle. 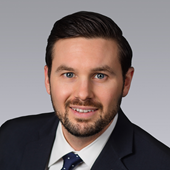 Tim specializes in the sale and advisory services of apartment buildings and development land in the Seattle Metro Area. Tim spends countless hours gathering, sorting, analyzing and comprehending data and trends so that he can arm his clients with the best, most current knowledge available. This real-time information enables Tim the ability to support his clients so that they may make the best business decision today.

Unrelenting commitment and drive for his clients’ success helped form many long-term relationships with investors, and when you ask these clients about Tim, they use the words passionate, understanding, connected, caring and hardworking, but above all else, they will tell you that Tim always puts his clients first and they will continue to work with him for this reason. 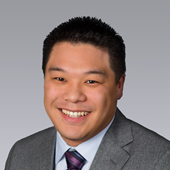 Dan specializes in the sale and advisory service of apartment buildings and development land in the Seattle Metro Area. Fluent in Cantonese, Dan has been at the forefront of the business, discovering new channels to market and sell real estate in emerging markets in the United States, Pacific Rim and beyond.

Dan represents a new wave of brokerage deeply aware of market trends and economic factors that translates to actionable steps for his clients. He is committed to ensuring that each and every one of his clients is armed with the knowledge to make the best decisions. 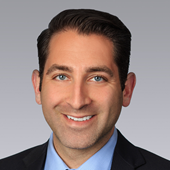 Sam Wayne has been brokering and syndicating real estate investments since 2006. Since forging the partnership of McKay | Chhan | Wayne in 2015, Sam has sold 2,700 units totaling more than $475 million.

McKay | Chhan | Wayne provide full-service solutions to private and institutional multifamily investors and developers. Client focused with a reputation for dependable and professional services and an intensity of execution not available anywhere else. Their solutions-driven mindset drives analysis, brokerage and marketing efforts. With capital markets expertise, including sourcing of debt and equity, the MCW team leverages market intelligence, financial acumen and deep personal relationships to connect capital with opportunity.