For a decade, Tampa Bay commercial real estate developers have focused on experiential, social properties. How will coronavirus change that?

For the past decade, real estate developers in Tampa Bay and throughout the U.S. have pitched their projects as experiential — social gathering places that are an antidote to an increasingly online lifestyle.

Seemingly overnight, the novel coronavirus outbreak brought that dynamic to a halt, sending people to the internet for everything from remote work to grocery deliveries. The jam-packed happy hours at Hyde Park Village and community fitness classes at Sparkman Wharf — social routines that draw people to the public realm and encourage them to linger and spend money there — are, at least temporarily, on hold.

"This really, from a psychological standpoint, strikes in the core of that," said Andrew Wright, CEO and founder at Franklin Street in Tampa. "Not that it won’t come back, because people are social, but if they were to open up the economy tomorrow, would people be rushing to the mall or going to a conference with 40,000 people? I don’t see it."

It's too early to say what lasting effects the global COVID-19 pandemic could have on commercial real estate. The pandemic is another major blow to retail real estate and especially enclosed shopping malls, which have long been challenged by the convenience of e-commerce. Even open-air lifestyle centers, with their mix of dining, entertainment and big gathering spaces, could see a temporary drop in traffic when the outbreak ends but consumers are still nervous about spending time in public. But other sectors of commercial property that have been mostly unchallenged by the internet — like the office market— could be reshaped by coronavirus, experts say.

From a commercial real estate perspective, Tampa Bay is well positioned to weather the pandemic. Outside of multifamily, there's been a limited supply of new construction across other sectors. The first multitenant office building in downtown Tampa in a quarter century is only now under construction in Water Street Tampa, and retail development has been extremely limited as well, as developers were hesitant to bet against the allure of e-commerce.

"The good news is we went into this so strong as a market, in terms of dynamics of the market, that if there is somewhat of a correction, will it be the valleys we hit in 2008? I don’t think so," said Scott Garlick, managing principal of Cushman & Wakefield Inc. in Tampa.

Ryan Kratz, the Tampa-based Southeast region president for Colliers International, thinks of the overnight shift to remote work as a "national experiment."

"We’re learning the types of roles that can be done well at home. I think the challenge is that most home environments are not set up for work all the time, with kids screaming and dogs barking," he said. "There will be elements of flexible work that stay at home, but we end up reinforcing the need to bring teams together in the office."

While it's early, real estate executives say there's no doubt that the pandemic will reshape the modern office space. Garlick said his firm was already seeing a backlash to the densification of office spaces — cramming as many workers into an office space as possible, with around 180 square foot per employee.

"There will be more thought regarding giving people more space —  that maybe the density of an office isn’t one of the top three or four reasons why someone picks an office space," Garlick said.

Kratz, too, said he thinks companies will offer more space per employee. The buildings that will be most in demand, he says, are the ones that are "spotlessly clean and well maintained." There will be an emphasis on lighting and air quality and no-touch elevators.

"Several of our clients are talking about two shifts of redundant workers who don’t come in contact with each other — it's resiliency planning," he said. "Then you can isolate those people but you don't have a complete drop-off in business."

Larry Feldman, CEO of Feldman Equities in Tampa, said he thinks the two dynamics — more square footage per employee, but less aggregate space as more workers spend part of their time at home or another remote location — could offset each other.

"Obviously we survive on the occupancy of office buildings, but I think there will be adjustments to the size that people take," Feldman said, "which could counterbalance some of the decisions people make to move home."

Both Kratz and Wright predict that parts of the virtual work world will continue long after the outbreak has been contained. Virtual meetings, for example, will likely be much more commonplace, whether it saves a flight or a trip across town.

Work at home has limitations, Kratz points out, especially for firms that handle highly regulated information, like law firms, financial brokerages or insurance companies. But for others, it might become a key part of their real estate strategy.

"Ten-year leases don't coincide with a rapid need for contraction or expansion," Kratz said. "Call centers — they live and die by contracts."

Even companies that do sign long-term commitments will likely see more flexibility in their space, said Julie Whelan, who oversees occupier research for the Americas at CBRE.

"I don’t think that’s going to revert back to 100 percent normal, and I also don’t think we’re going to be in an environment where you have 75 percent of the workforce at home," Whelan said. "I don’t necessarily think it’s going to mean less space but a different composition of space going forward."

What effect that has on rents and occupancies remains to be seen. Before the outbreak, Tampa Bay's office market was on a sustained run of rent growth and occupancy increases.

Commercial real estate firm JLL wrote in its first quarter office market report that "one of the biggest themes in 2019 was the hyper-appreciation of asking rents."

"This was hardest felt in submarkets like downtown Tampa and Westshore where rents for existing product grew by 10 percent and 9.5 percent over the course of the year, respectively," JLL wrote.

Even in the beginning of 2020 — before the pandemic had fully taken hold in the U.S. — rents had decreased slightly, according to JLL. New development, which by definition sets its prices at the top of the market, could be challenged by the outbreak. There was more than 1.4 million square feet of new office space under construction at the end of first quarter, JLL reports.

"If you're trying to set records in Tampa on a rent level, that would be concerning," Wright said. "I think top-line rents in the short term are going to go backward, but not materially. They’re not going to give back 10 years of growth, but it could mean more tenant improvement dollars or concessions."

Garlick said he's "bullish" on the region's future, but that some short-term rent reductions are likely as a result of the pandemic.

"With this forced correction, we will see some vacancy likely tick up a little bit, which depending on the amount of time, has the ability and potential to affect rents," he said.

The notion of a nuanced before-and-after coronavirus — "more binary, less fluid" as Whelan puts it — will likely apply to all types of commercial property.

"When we are able to resume some sort of occupancy, it’s probably not going to be all at once overnight," she said.

"I’m going to be the first one to go back to my favorite two or three restaurants in South Tampa, but I’m going to be nervous about tables being so close together," he said. "Until we’re sure we’re out of the risk period, maybe restaurants operate at half capacity."

Restaurants and retailers may struggle the most with the lingering psychological effects of the pandemic. Wright, and all of the other real estate experts, agree that humans are social by nature and will want to return to social spaces. But it may take awhile.

"I really do, at the end of the day, believe people want to gather," Wright said. "I think in the long run, nothing changes. In the short term, it’s going to make things a lot more challenging." 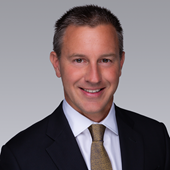 Ryan is a member of the Colliers US Executive Leadership Team. He works closely with the leadership counterparts in property management and valuation on new business development and client retention initiatives. Ryan joined the company in 2010. 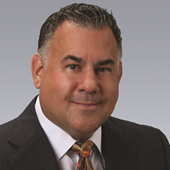 Jim joined Colliers International-Tampa Bay in August of 1988 and has since specialized in Retail/Commercial Leasing and Tenant Representation in the Tampa Bay Region, Orlando Metro and Florida’s West Coast. As a Landlord’s Agent, Jim maintains an inventory of 1 to 2 million square feet of institutional grade retail shopping centers and free standing commercial buildings. Much of Jim’s business activity can be attributed to Retail Tenant and Retail Buyer Representation services. Some of the clients Jim has represented (many with multiple assignments) include: IKEA,  Academy Sports (multiple), TJX Companies (TJMaxx, Marshalls, and HomeGoods – over 75 units) Office Depot (over 40 units), Panera Bread (over 40 units), Ashley Furniture Industries (multiple units), and multiples of the all of following: Lowes, Home Improvement Store for both store acquisition and site disposition,  Cheddar's Scratch Kitchen, Pollo Tropical, Mission BBQ, Crunch Fitness, Bloomin' Brands, Banfield Pet Hospital, and more.