After a slow end of the fourth quarter in 2019, the start of the first quarter of the new year saw an increase in tenant activity in the West Michigan office market.
The national unemployment rate beginning the quarter was 3.6 percent, and locally also remained low at 3.1 percent. In March, the quarter took a sharp turn due to the COVID-19 pandemic. By the end of Q1, eight percent of Michigan residents had filed unemployment claims due to an executive order closing nonessential business during the coronavirus pandemic. Many office workers began working from home by the end of the quarter. This led to many companies hitting pause on their assessment of office space requirements. The uncertainty arose whether or not the situation will lead to companies needing smaller spaces to operate. Alternatively, some companies might reconfigure their workplace making it less dense for people going forward, which in turn leads to larger space requirements.

The new year was off to a steady start, with buyers driving activity to expand or open new headquarters. The vacancy rate for downtown office space is 9.41% and 6.17% for the suburban market. Rental rates increased downtown in the first quarter, totaling $21.68 per square foot, while decreasing slightly in the suburban market at $15.88 per square foot. There was significant activity in downtown Grand Rapids and several large transactions in the office market in Q1. In a joint acquisition, Gun Lake Investments and Waseyabek Development Co. acquired the iconic McKay Tower in downtown Grand Rapids for $17.5 million. Spectrum Health continued to acquire property in Grand Rapids’ North Monroe district after announcing last year it would build a new office building on the northwest side that will serve as the Center for Transformation and Innovation and house 1,200 employees. Several companies made the move to locate downtown Grand Rapids, offering their employees many of the quality of life amenities associated with being downtown. Red Cedar Investment Management opened a 4,000-square-foot office in Bridgewater Place downtown. Data company ZoomInfo is also planning to move into a 10,000-square-foot space downtown and will have about 100 sales and account management employees in the space. Calder Capital, a local M&A firm, acquired a 3,385-square-foot office space at 25 S Division Avenue in the Heartside district.

Elsewhere in West Michigan, Cascade Township officials settled on a new 12,930-square-foot space on 1.23 acres at 5920 Tahoe Drive SE in Centennial Park. The township paid $1.4 million for the space, which will allow it to house all departments in the same building and was formerly occupied by ADAC Automotive. In Wyoming, Rivertown Dental paid $1 million for a new office space on Wilson Avenue. Grand Rapids Area Black Businesses is planning to move into its new 4,500-square-foot headquarters in southeast Grand Rapids by fall 2020.

Companies are mostly interested in new, modern spaces with good visibility and access to parking and other amenities. This quarter also saw a growing demand for standalone suburban office space. Four new freestanding banks have been constructed in Cascade. Those new bank branches being Grand River Bank at 50 Crahen Avenue NE; West Michigan Community Bank at 4797 Cascade Road SE; First Community Bank at 4455 Cascade Road SE; and a new Mercantile Bank branch at 4737 Cascade Road SE that the company had acquired last quarter. A new 17,500 square-foot building for Morgan Stanley is expected to open in the fall at 5122 Cascade Road SE.

I joined Colliers International | West Michigan as an associate on the office team. Before working as an office associate, I worked for Colliers as a research analyst. This gave me an extensive knowledge of the West Michigan commercial real estate market, and furthered my ability to acquire the most current, complete, and accurate data in the marketplace.

I have a research-based approach that allows me to provide clients with the facts they need to make the most suitable and cost-efficient solutions. I am especially knowledgeable about landlord and tenant negotiations in the Grand Rapids suburban market, specifically in the southeast corridor.

As an office advisor with Colliers International | West Michigan, I bring over twelve years of commercial real estate experience, specializing in office sales and leasing. I pride myself in my work ethic and ability to hear, understand, and address the needs of my clients. I understand both micro and macro trends in the industry and can communicate these to my clients. I think creatively in negotiations to achieve my client’s goals, always putting my clients’ interests first.

Every year since moving to West Michigan in 2012, I have been recognized as an Office Leasing Power Broker and have worked with a diverse array of clients such as Metro Health, Franklin Partners, Fusion Education, and Network 180.

In addition to my years of experience, I am also a member of the Certified Commercial Investment Member (CCIM) affiliation and a member of Society of Industrial and Office Realtors (SIOR). 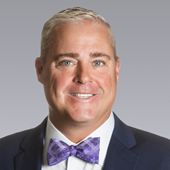 I bring over fifteen years of commercial real estate experience to Colliers International | West Michigan and am knowledgeable in all aspects of commercial real estate transactions including landlord representation, tenant representation, development, investment, and consulting. My focus is on the West Michigan office market with a strong emphasis on downtown Grand Rapids.

I recently took over the leasing of Bridgewater Place at 333 Bridge St. and in less than 24 months the building has seen over 100,000 square feet of space leased. 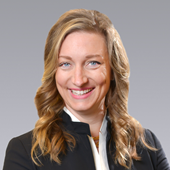 As a natural communicator, I intend to bring my commercial real estate savvy and expansive network to my new role at Colliers International | West Michigan.

With fifteen years of diverse real estate experience ranging from multi-family development finance with the Inner City Christian Federation, to retail brokerage at M Retail, and property acquisition at Vision Real Estate Investment, I am a well-rounded in all things commercial real estate.

My forte is forming personal relationships with clients to identify solutions to their current and future needs. Whether its growth or a consolidation, my financial background and current knowledge of the commercial real estate market results in a seamless process, from start to finish.

With this in mind, I look forward to collaborating with Colliers’ fellow experts and strengthening my relationships within the West Michigan community. 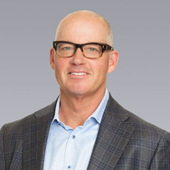 Throughout my career as a real estate professional, I have maintained my strong client base and reputation for focus on suburban office properties because of the strong relationships I have developed with landlords whom I continue to represent in leasing and sale transactions.

I pride myself on being extremely up-to-date on significant suburban office developments and trends in the West Michigan market.

Focusing on owner-occupant office building purchases, I use a series of analytical tools, and have been very successful in helping many businesses make their first real estate investment by purchasing their own building.

I also continue to devote more energy to the growing medical and health care industry in West Michigan, and have closed over 50 medical transactions in the past 10 years, representing area physicians in both purchase and lease transactions.