The first quarter showed a lot of activity for retail in West Michigan after a Q4 that was slower than expected. Nationally, consumer spending decreased from 0.4 percent to 0.2 percent from December through the beginning of the first quarter. Average hourly earnings increased 0.7 percent in the U.S. since the first quarter of last year, according to the Bureau of Labor Statistics. In mid-March, the COVID-19 pandemic upended the activity of the quarter, as retailers and restaurants in Michigan were forced to close to help prevent the spread of coronavirus. In response, some retailers focused more on their online presence, while restaurants offered expanded carryout, drive thru and delivery services. But many have been forced to lay off employees during the pandemic and fi nd ways to cut other costs. This led owners and property managers of commercial real estate to work with tenants on rent payments throughout the crisis. Malls, theaters and gyms, among other retailers around the country, as well as national retailers like Nike and Apple have temporarily closed during shelter in place orders. Daily needs retailers like grocery stores, drug stores and big box retailers like Costco and Target have remained healthy throughout the pandemic, and some are still hiring workers as Michigan sees an unprecedented rate of people apply for unemployment benefits. Coming off a trend of historically low unemployment rates, by the end of Q1, eight percent of Michigan residents had fi led unemployment claims. Retail continued to evolve throughout Q1, before COVID-19. Art Van announced it would liquidate all Art Van, Art Van PureSleep and Scott Shuptrine stores after failed attempts to restructure the business. As there is still room in the market for a large furniture store, another furniture retailer could enter the market to fill the void.

I have been with Colliers International | West Michigan for 20 years. I believe that honesty is imperative, and I always focus on meeting client needs. These qualities have been my primary assets in providing real estate services.

I also use my finely-tuned market knowledge and passion for retail to help clients make the most informed real estate decisions. I currently work with retailers, restaurants, developers, sellers, and landlords throughout West Michigan, including Taco Bell, AutoZone, Hungry Howie’s Pizza, Culver’s, Jimmy John’s, and Chick-fil-A. 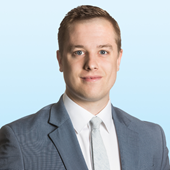 I joined Colliers in 2013 while pursuing my degree in business administration with a concentration in marketing at Grand Valley State University.

Originally hired as a retail intern, I swiftly gained a reputation as a trusted and professional retail broker.

My marketing knowledge, combined with my honesty and drive to provide the best customer service possible, provide me with a solid foundation to serve my clients in today’s competitive market. 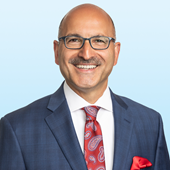 I specialize in retail land development, landlord and tenant representation, retail investment sales, and property disposition. I work mostly with national and local retailers in their acquisition of retail and restaurant space in Michigan. I have also worked with several local and national banks on the disposition of distressed bank-owned assets in the State of Michigan.

Before joining Colliers in 2011, I held positions in business development, management, and ownership for multiple restaurants and big-box retail organizations.

My experience at the store and corporate level with Eddie Bauer, Best Buy, and American Eagle Outfitters provide me with a thorough knowledge of the retail market, and a strong foundation for ensuring excellent service to retail clientele. 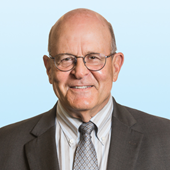 I have been involved in some of the Midwest’s largest retail projects, bringing more than 35 years of experience and national-level retail contacts to the Colliers International | West Michigan team. I am well-known for my expertise and attention to detail in retail and tenant site location. Most notably, I am known for my work in consulting local communities on their location of retail properties. I also frequently assist clients by lending my knowledge in marketing.

Prior to joining Colliers, I served as the president of Visser Development, Inc., for 16 years. While at Visser, I was responsible for the development, management, leasing, and sale of numerous West Michigan strip centers and enclosed malls.

Before Visser, I spent seven years in marketing and management at The Taubman Centers, Inc. - an international developer of regional malls.

My early years at Taubman prepared me for my success as a major retail broker by providing me with the management skills needed to oversee large transactions and the creativity to develop creative retail, real estate solutions. 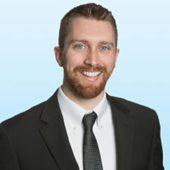 Having lived in West Michigan my entire life, I have a wealth of knowledge around the local market, specifically on retail. I joined Colliers International | West Michigan in 2018 immediately following my franchisee ownership in the retail sector, and will use my understanding of the market to bring bring a unique perspective to the team.

I will build my client portfolio through my existing market knowledge and ambition to provide a quality experience to those I work with. The new opportunity and the potential for a career in helping those who are similar to I was when building a franchise is extremely exciting for me. This will all allow me to provide accurate and in-depth information on the surrounding areas.