Solid Start to 2020 Overshadowed by COVID-19 and Uncertainty

Heading into 2020, Kansas City’s office market was expected to see continued positive momentum thanks to strong leasing activity in the prior year and strong market fundamentals in place. Through the end of the Q1 2020, the Kansas City office market continues to remain near all-time historic lows in terms of vacancy. The overall vacancy rate adjusted to 8.2%, a 10-basis point increase from the previous quarter. Through the first quarter, the office market totaled 121,919 SF of positive absorption.  Overall asking rents within the Kansas City metro have increased to $19.61/SF across all product classes. Rates have continued an upward trajectory as landlords have been able to push rents successfully. Class A rates have risen to an average of $22.86/SF, while Class B rates have increased to $18.52/SF.

The bulk of the first quarter reported figures were largely unimpacted by the COVID-19 pandemic as a result of the timing of shutdown orders across the United States. Metro-wide, move-in data, as well as leases signed, were only marginally impacted throughout the first quarter as the general inertia of deals carried on throughout the end of Q1. The real impact of market indicators related to the COVID-19 pandemic generally will trail two to four quarters behind the current timing of events, however effects will still be felt as early as Q2 2020.

While the Kansas City office sector, along with the rest of the world, awaits the true impact of COVID-19, the pandemic is influencing every aspect of daily life, both personal and professional. The trajectory of the office market will be significantly changed by the influence of the COVID-19 shutdown. As the world adapts to working from home, the way that businesses operate will be severely impacted going forward. COVID-19 has proven to affect all aspects of global commerce, leaving no metro area in the nation unscathed. With business activity having come to an abrupt halt, the office market in Kansas City is feeling the effects. Leasing volume has already slowed as uncertainty has taken hold. For the short-term, this will likely be the status quo. Until the COVID-19 pandemic has come under control, only then will the true impact to Kansas City’s economy be understood.

Going forward, many businesses will need to adapt to changing workforce environments. With stay-at-home orders in place, many companies transitioned to work-from-home environments. As businesses alter their operations, some office footprint requirements could be reduced going forward, as some businesses learned it may be feasible for employees to work remotely. Several office users that have adopted collaborative work environments with shared spaces and office hoteling may need to rethink their floorplans to account for social distancing in the near future.

For office users most exposed to the challenging circumstances and unable to maintain their current business operations, this will lead to a spike in vacancies and sublet space in the market. As a result, the back half of 2020, and most likely into early 2021, outside of the Cerner phase 3 & 4 building deliveries, will likely see office absorption levels drop with negative results probable. As demand for office space slows and an increase of additional space on the market in the near future, office rents have likely hit their peak, at least for the foreseeable future. The unpredictable nature and fluidity of the current economic climate poses many questions. Although the average office rent in Kansas City has continued its upward trajectory, the market may experience a reversal of this trend, as more space is expected to come available in the next few quarters.

Despite the rapid change in the landscape of the business climate, the first quarter still produced several noteworthy transactions throughout the Kansas City metro. By far the most significant deal of Q1 was the announcement of Waddell & Reed moving to downtown Kansas City from suburban Overland Park. The move will be a massive win for the downtown area. The financial company will relocate nearly 1,000 well-paying jobs into the CBD loop upon completion of a new office tower. Waddell & Reed has elected to build a new 260,000 SF office building located at the southwest corner of 14th and Baltimore. Not only will the new office tower add to the downtown skyline, it will be the first major office development in the downtown CBD since the completion of the JE Dunn headquarters in 2009 and the H&R Block headquarters in 2006. Additional moves around the metro include GBA renewing their lease at One Renner Ridge in Lenexa, while MMGY Global announced that they will relocate from their existing Plaza location to the recently delivered Edison District in Downtown Overland Park. Kiewit expanded their local footprint with the delivery of their new 181,000 SF office building in Lenexa, while BRR Architecture moved into the recently completed 70,000 SF Avenue 82 in downtown Overland Park. 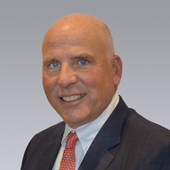 Patrick Coppinger became affiliated with the firm in 1998.  He began his career in 1994 with the LaSala-Sonnenberg Commercial Realty Company where he specialized in office and retail leasing and sales.  Pat now specializes in office brokerage and has been involved in over 450 lease and sale transactions, totaling over four million square feet of space.  Pat works with both buyers and sellers, and has also been involved in several land assemblage assignments for various redevelopment efforts. 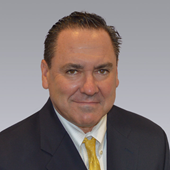 Phil James joined the firm in January of 2006 after 17½ years at Kessinger/Hunter & Co. Phil has specialized in both tenant and landlord representation for office leasing and sales. 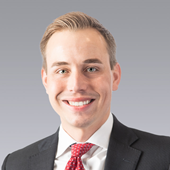 RC Jensen joined Colliers International in March 2020 as Vice President in the Office Services Team. RC has been in commercial real estate since 2010 and has been involved in a wide variety of transactions over his tenure.  He is a creative problem solver and is always willing to go above and beyond on behalf of his clients.

RC is specializing in office brokerage services including listings for sale and/or lease, tenant representation, buyer representation, and investment transactions throughout the Kansas City Metro.

Prior to joining Colliers, RC spent almost 10 years at Reece Commercial Real Estate where he was involved in a significant number of transactions and was consistently one of the top producers in the office. 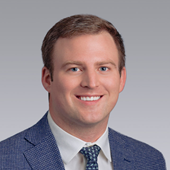 Ross Simpson joined Colliers International | Kansas City in 2011 as part of the office services division. He specializes in advising companies with real estate leasing and ownership solutions throughout Kansas City and the United States.

During his time at Colliers International | Kansas City, Ross has worked to develop new business and creating real estate strategies to help his clients cut costs and increase revenues.  His primary responsibilities include business development, lease structure and negotiation, and market and financial analysis.  He looks forward to advancing the company’s tenant and owner representation team both locally and nationally.

Matt Stover joined the firm February 2001 as an Office Leasing Specialist focusing on the sale and leasing of office buildings, as well as tenant representation.
Prior to joining the firm, Matt was a financial analyst for IBM Global Services located in St. Louis, Missouri.  At IBM, Matt was responsible for management of capital expenditures for corporate clients, primarily serving the Boeing International account.  Matt now specializes in landlord and tenant representation in the office market.  Matt has gained extensive experience in representing both tenants and landlords.

Evan Warwick joined the firm in January 2001, specializing in the sale and leasing of office buildings, as well as tenant representation.  Prior to joining, Evan was one of the top salesmen for Cintas Corporation in the North Central group where he was instrumental in increasing sales volume.