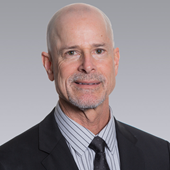 The key to my success and ultimately my client’s success is empathy. I care about my clients.  I listen to their needs, goals and challenges. Together, we break through barriers, some real and some imagined, to find space that will accelerate their success.

I started my career in Property Management with KCS Development Company, where I set my roots in the retail industry. As a property manager, I was exposed to work that required both business savvy and integrity. Having been in shopping center management and development, my career followed the “retail” path into brokerage. The most rewarding parts of my job has been watching my retail tenants succeed. One of my first clients, Gordito Burrito, remains in business in the same location after more than 25 years.  I have helped LifeTime Fitness, a national Health and Fitness company, develop two of their top-of-the-line facilities in the greater Sacramento area.  Whether a local, regional, or national Landlord or Tenant, my approach of speedy communication, responsiveness and empathy -  paired with 40 years of commercial real estate knowledge, help me make informed decisions about my client’s business.

I am a native of Sacramento and believe in giving back to my community.  I have served for five years as an Advisor to the Board for the Assistance League of Sacramento; a nonprofit volunteer organization, which enhances lives in the Sacramento region through community-based programs. I am a multi-year Board Member and Type 2 Certified volunteer with Sacramento County Sheriff’s Department Search & Rescue. 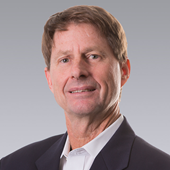 I have been with Colliers International since January 1995 as Vice President specializing in retail properties.

As a Retail Commercial Real Estate Broker, my goal has been to focus on individual projects and to provide a full service brokerage experience for each transaction. By utilizing my experience, contacts and willingness to spend the time required for each project I am involved with, my goal is to provide the best opportunity for a successful conclusion to each Landlord / Seller or Tenant / Buyer project that I undertake. Quality of transaction rather than Quantity of transactions is my focus.

Tenant Representation:  Strong emphasis in both retailers and restaurants in the Sacramento and surrounding trade area.

Landlord Representation: Retail centers in Sacramento and the surrounding areas.

Prior to joining Colliers International, I was with Parker Stevenson Brokerage Company as Partner and Sales Manager specializing in the Landlord representation of retail centers and in retail tenant representation.

My focus is on Retail Leasing and Sales throughout Northern California. I work directly with Tenant expanding their existing presence in the market as well as new concepts looking to rollout into the Northern California trade area. It's important to establish a strategic growth plan to identify and secure the right opportunities for each concept to ensure their success. I look to create long term partnerships with my Tenants. Their success is my success.