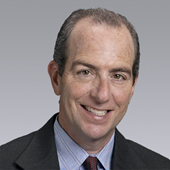 Alan is the Executive Managing Director of Office Services in Pinellas County, Florida, and has been associated with Colliers since 1994, specializing in landlord and tenant representation. With over 35 years of experience in commercial real estate, Alan’s expertise includes the sale and lease of office and flex space, property management, market analysis, and working with local government to finalize building development issues. 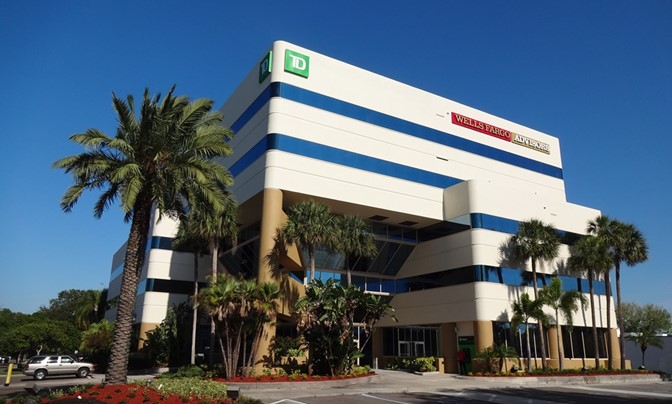 Considered a premier office building in the Countryside area of Clearwater, Coastal Palms is a Class A office building ideally situated on US Highway 19 - the primary north-south arterial roadway of Pinellas County.  Signalized access at the intersection of US Highway 19 and Republic Drive, Coastal Palms offers easy accessibility to the property.  With available building signage on a high visibility rout that see 89,5000 vehicles daily, you business is sure to be noticed!

Located just a half-mile north of Westfield Countryside Mall, the property enjoys convenient access to restaurants, shopping and other amenities. 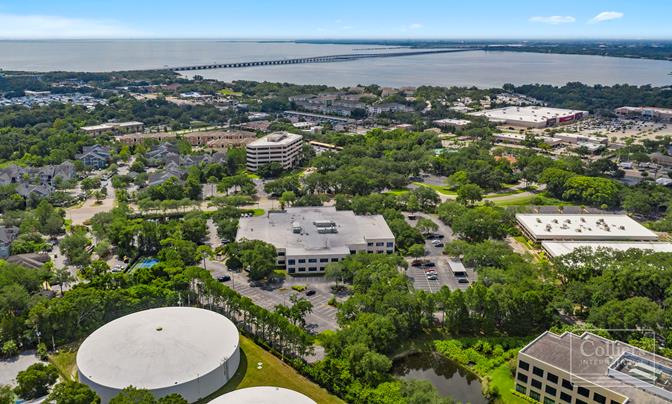 This Class A two-story building is just north of the intersection of S.R. 60 (Gulf to Bay Boulevard) & U.S. 19.  Its central location is within a 30 minute drive of nearly 70% of Tampa Bay, with convenient access to Tampa International Airport, St. Pete-Clearwater Airport, and all points of Tampa Bay via S.R. 60/Gulf to Bay Blvd./Courtney Campbell Causeway, US Highway 19, the Bayside Bridge, and I-275.

The property offers a park-like setting with mature oak trees and well maintained landscaping.  Situated directly across S.R. 60 from Clearwater Mall, there are multiple options for shopping, banking, dining, and nearly any retail service available. 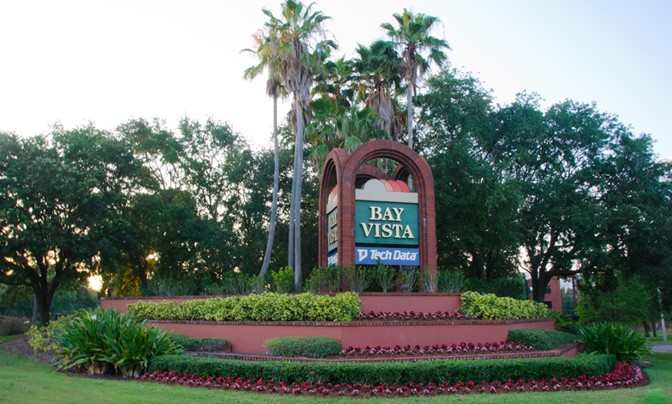 Bay Vista Commons is a single-story office building located in the prestigious Bay Vista Office Park in Clearwater, FL.  With the recent lease of 60,963 SF, a block of 10,849 SF remains available and is ideal for office or flex uses.

The property is situated just off Roosevelt Boulevard and is a mere 1.75 miles west of the St. Pete/Clearwater Airport.  It is easily accessible from multiple points within the Tampa Bay area via major thoroughfares such as I-275, US Highway 19, and 49th Street.  It's location near the Pinellas Gateway Submarket places it in close proximity to a wide selection of restaurants, retail services, and hotel accommodations.

The park consists of 5.87 acres and is home to some of Tampa Bay's top companies including Tech Data, PODS, Duke Energy, and Tampa Microwave.  It features multiple high-tech services including Frontier SmartPark® voice, data, and video communications, as well as a Duke Energy Loop Power System.

Key features of the building include 9’ ceiling heights, large windows, and ample parking at a ratio of 4.65/1,000.  Additionally, the building has new roof and Trane HVAC units, installed in 4Q 2020. 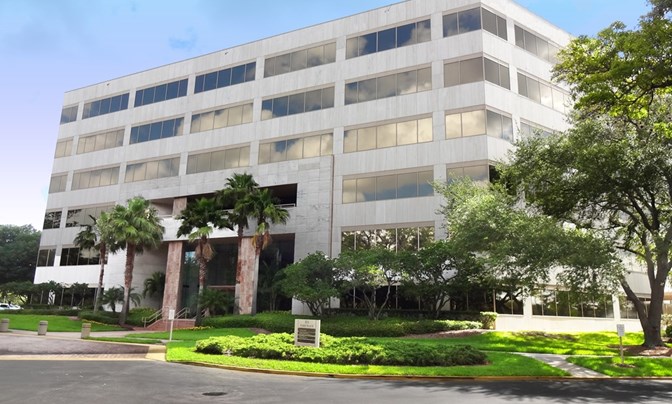 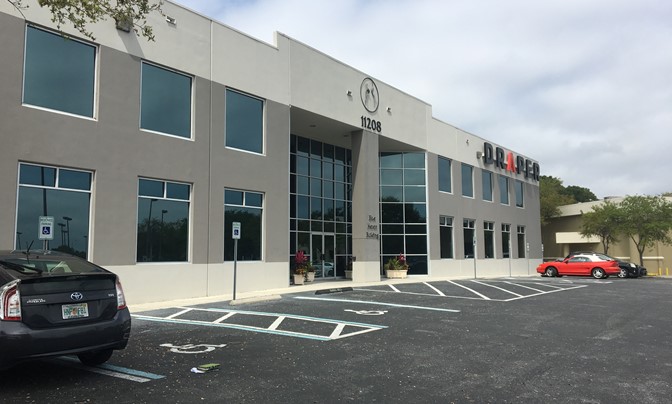 Blue Heron Technology Center’s easy accessibility makes it highly desirable for companies that wish to recruit Tampa Bay’s top talent.  The property is a two-story, 51,604 square foot building with up to 19,565 square feet of office space for lease near Carillon Office Park in Pinellas County.  It is located adjacent to I-275, the Howard Frankland Bridge, and the Gandy Bridge with easy ingress/egress options from multiple directions and is less than 30 minutes from over 75% of Tampa Bay's households including Westshore, South Tampa, Clearwater, and St. Petersburg .

Blue Heron Technology Center's efficient architecture offers an array of floor plan options that encourage and nurture productivity and innovation while nearby companies like Dex Imaging, Draper, and Jabil offer an attractive synergy to support innovative growth. An outdoor seating area overlooking Blue Heron Lake provides a relaxing retreat that will help to maintain office morale and productivity. Nearby amenities can help to alleviate stress and reduce travel times for employees and clients. 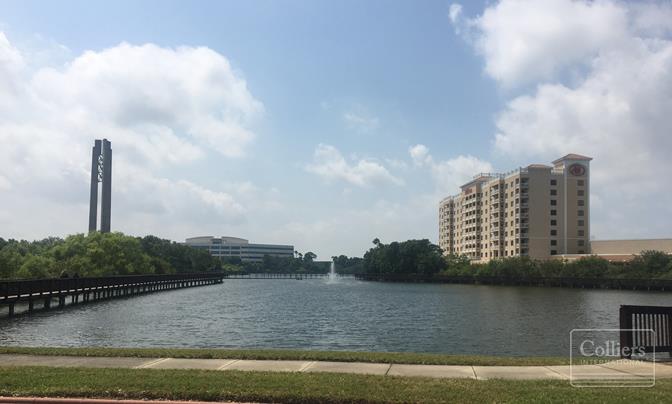 The building has an on-site cafe, property manger, and recently completed renovations to the common areas, elevators, HVAC chiller, and mechanical systems.  Other features within Carillon Park include the BayCare Wellness Center, 4-Star Hilton Hotel, a nature preserve with boardwalks and running trails, as well as all the retail and restaurant amenities situated on Ulmerton Road.

Featured Research
Diverse Economy Provides Resiliency for Tampa Bay Office Market
Despite the pressure of the global pandemic, the overall Tampa Bay office market remained resilient during the third quarter. The total number of transactions that were completed inched closer to the typical quarterly average of 279 deals being signed. Nearly 240 transactions were signed, representing just shy of 800,000 square feet of new or renewed leases being completed.
Read More
Navigating Uncharted Waters
The second quarter of 2020 began with an unprecedented pause in activity. The CMBS markets were nearly frozen. Investors were pencils down. Lenders halted underwriting and decision making. Tenants paused or delayed tours. And many properties were pulled off the market in a wait and see approach. However, as the quarter progressed, the office market throughout greater Tampa Bay began to thaw, and although new leasing and investment closings were down, overall activity began to hint of signs of life heading into the second part of the year.
Read More
Steady Activity, Head Winds Ahead
The first quarter of 2020 will forever be marked as one of the most dynamic quarters in history for the office market in Tampa Bay. As the 2020 year began, activity throughout (sales, leasing, construction) remained positive following three consecutive quarters of positive net absorption in 2019. Lease rates continued to climb quarter over quarter and leasing transaction volume remained above normal. Interest rates were near alltime lows, providing cost-effective financing helping to bolster and carry on the 10-year record growth of development and investment activity experienced throughout the market. Unemployment in the region, the lowest in recent history and well below the national average, was championed by many in the local market.
Read More
View More