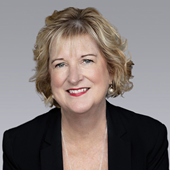 CEO and Market Leader I Partner

Janet Miller has been a key player in Nashville’s commercial real estate community for over 30 years.  She joined Colliers Nashville as CEO and Market Leader in September of 2014, following 21 years of service as the Chief Economic Development Officer for the Nashville Area Chamber of Commerce. During that time period, Miller led the ten-county region’s top agency for recruiting new companies to the region and working with existing companies on retention and expansion projects. Miller led a team that was named a top ten economic development group in America for 4 of the last 5 years of her tenure and successfully worked with over 400 corporations on major job-creation projects including Asurion, HCA, Beretta, Mars Pet Care, Nissan, Bridgestone, Dell Inc., BNY Mellon, UBS and numerous others. At Colliers, Miller is responsible for talent development, business and brand development and all operations for the Colliers Nashville office. The Colliers office has 41 brokers and a projected transaction volume for 2018 of $800 million. Miller also serves on Colliers International’s North American Board of Advisors.