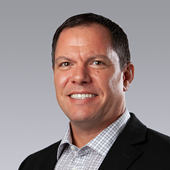 Joe Rossi, CCIM, is the Executive Managing Director of Investment Services at Colliers International in Central Florida, leading Colliers’ Capital Markets platform with a focus on office, medical and industrial properties throughout the State of Florida. Joe, a 24-year veteran, is a highly regarded professional within the Florida real estate investment markets and has established a vast network of investors and financial contacts. Throughout his career, Joe has sold more than $600 million worth of property across 6,000,000 square feet of space. Joe provides expert guidance and advisory services to his clients throughout all stages of their ownership cycle. 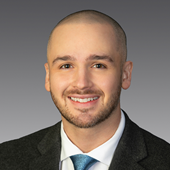 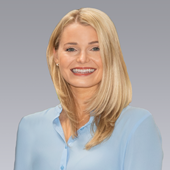 Having joined Colliers in 2018, Mackenzie works exclusively with the office and industrial investment services brokerage team in Central Florida and is responsible for the research and development of all marketing and sales materials throughout each phase of an asset’s listing process.
Mackenzie creates and implements marketing campaigns which include the design of marketing materials, e-marketing strategies, advertising, and presentations/proposals. Mackenzie assists in providing market insight for her team by utilizing her analytics background when researching the commercial real estate market of Greater Orlando and Tampa Bay.
Mackenzie ultimately constructs the course of action for projects by establishing each project’s objectives, and coordinates all the essential elements needed in order to achieve those objectives. 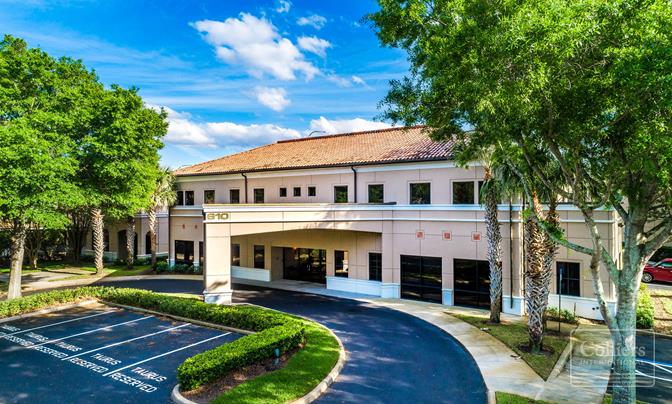 Colliers International’s Rossi-Hanson Investment Services Team, as Owner’s exclusive advisor, is pleased to offer the opportunity to invest in the 610 North Wymore Road property located in the Orlando MSA.​ This multi-tenant, 15,985 SF office building is located within the Maitland Professional Office Village, an office condo association located off Wymore Road.​ The building has received recent capital improvements through tenant improvements, a reseal and stripe of the parking lot in 2018, as well as renovations to the lobby area with top-grade construction.​ Both floors of the building have separate restrooms, while the downstairs also benefit from a receptionist desk.​

The property is currently occupied by Taurus Investment Holdings (the seller) and CFC Counseling (1,400 SF).​ The seller plans on vacating the property upon closing, providing an excellent opportunity for an owner occupier to locate operations in an institutionally maintained building while benefiting from in-place cash flow from CFC Counseling and the ability to lease up additional vacant space.​

610 North Wymore Road is located within Maitland in the center of Orlando’s ‘Maitland Center’ office submarket.​ Demographics here are strong, as Maitland Center boasts one of the largest percentages of graduates with advanced degrees in the Orlando MSA.​ Maitland Center, like Lake Mary, differs from the majority of the metro, as it is not driven by employers in the leisure and hospitality sector.​ Instead, the submarket is dominated by technical firms, finance, and insurance companies, along with computer technology and data processing firms.​ 610 N.​ Wymore Road is located less than 1/4 mile to the new, reconstructed Interstate 4 highway, Orlando’s main roadway, connecting a population of more than 2.5 million residents.​ The Maitland Station SunRail stop, which opened in 2014, has also aided in accessibility to corporate hubs within the submarket.​

The Orlando MSA has ranked #1 in the United States for job growth from 2015 to 2019, and had the largest population gain for Florida and eighth-largest gain in population for the nation among other large metro areas.​ Central Florida’s office market has seen more than 6,000,000 square feet in positive absorption over the past five years and, aided by the market’s strong fundamentals, a future investor will be well poised to benefit from Orlando’s continued growth.​

- VACANCY FOR OWNER/USERS - Ability for an owner/user to occupy all or some of the soon to be vacant 14,585 square feet currently occupied by the seller and lease out any remaining space not needed to cover mortgage expenses.
​

- RECENT SELLER CAPITAL EXPENDITURES - Current ownership have recently undergone capital expenditures which now feature high-end lobby renovations with an extreme attention to detail noticeably setting the building apart from the competition. Other recent renovations include a reseal and stripe of the parking lot in 2018, limiting future capital costs. With these finishes, the building will continue to promote higher tenant demand with continued upward pressure on rental rates compared to the general market.
​

- DISCOUNT TO REPLACEMENT COST - New ownership will benefit from a cost basis at a discount to replacement cost (currently estimated to be $210- $230 per sf), providing for a competitive advantage against newer competitive office buildings.

- WELL-POSITIONED BUSINESS CLIMATE - Orlando Ranked No. 24 on Forbes List of the Nations Best Places for Careers and Business, as well as Ranked No. 4 city in the United States to Invest In 2019 according to the Urban Land Institute. 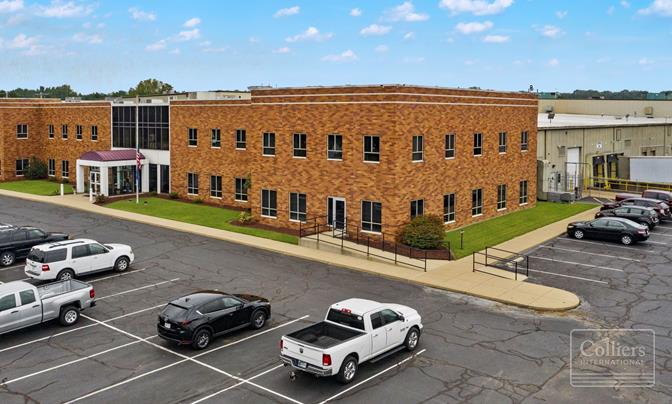 Colliers International, as seller’s exclusive advisor, is pleased to offer this unique sale-leaseback opportunity.​ This opportunity provides an investor the ability to acquire a multi-state, single-tenant industrial portfolio, comprised of fifteen buildings across 6 US locations (“Property”).​ FLANDERS, the property’s current long-term owner/occupant, is offering the deal with a 20-year leaseback of the facilities.​ FLANDERS will continue to base their HQ, Administrative, Engineering, Production, Warehousing and Operations out of the Property.​ Property locations include Evansville, IN, Marion, IL, Casper, WY, Lakeland, FL, and Longview TX.​ The combined properties total 81.8 acres, with 15 buildings totaling 723,142 SF.​ All properties will be 100% leased-back to FLANDERS with a market-based rent of approximately $3.8M for an initial term of 20 years with eight (8) five-year renewal options.​

This 3rd generation, family-owned and operated business is based in Evansville, IN and now led by CEO, Allen Patterson.​ The family’s history with the company began in 1947, when Roy Patterson (Allen’s grandfather) co-founded FLANDERS.​ Roy built the company over his lifetime, igniting a similar commitment from son, Dave Patterson.​ Dave succeeded in growing the company to over 750 employees with international expansion, while teaching his 3 sons the business.​ Dave continues to provide guidance at a corporate level, while working alongside his sons, Allen, Joe and Doug.​ With deep family roots, FLANDERS is a pioneering power systems technology company, that provides industry renowned electric motor services including large scale design, fabrication, repair and the automation and integration of systems utilized in a wide range of end markets.​ In addition, the Company is an industry leader in smart maintenance technologies and is the go to integration specialist for a range of 3rd party power systems and related components.​

Featured Research
Challenges Remain as Activity Begins to Return
Throughout the third quarter of 2020, the effects of the economic challenges attributed to COVID-19 continued to impact the Central Florida office market. Like the previous quarter, overall leasing activity within the market remained below average, however, pockets of activity are beginning to return, especially in the suburban markets. Recently completed lease transactions increased by 16.2% from the previous quarter, with the total square footage of those transactions up over 30%. As the pandemic continues, nearly all businesses continue to assess their current and future space utilization plans putting potentially additional pressure on market vacancy. In some cases, occupiers will look to sublease their space as either a short-term reactionary approach or long-term strategy with the hopes and ability to further experiment with flexible or work-from-home employee plans.
Read More
Increasing Activity Leading the Way Forward
Across nearly all sectors of the Central Florida Industrial market, strong activity continued throughout the third quarter. Leasing, absorption, and investment activity all experienced a noticeable uptick that is expected to continue well into the fourth quarter. The current environment has offered a unique opportunity, albeit potentially short term, as new entrants (typical office and retail asset investors) were seen shifting their focus to the industrial market due to its resilience during the COVID-19 pandemic.
Read More
Increasing Activity, Optimistic Road Ahead
Although the true long-term impacts of COVID-19 (Coronavirus) across the broader economy remain unknown, the local industrial market in Orlando remained active, albeit cautious heading into the second half of the year. Net absorption registered a negative 536,773 square feet during the quarter, however, many of the move-outs where tenants relocating in the market to a recently built industrial product. Recently signed lease transactions, which is a precursor to future absorption, increased during the second quarter registering over 2.8 million square feet of recently signed leases and renewals. This represents a 1.4 million square feet increase in total square footage leased compared to the previous quarter.
Read More
View More