The American Center for Mobility announced Tuesday its technology park is ready for development.

The American Center for Mobility announced Tuesday its technology park is ready for development.

Companies looking to locate in the park will receive heavy subsidies as it's designated a Renaissance Zone, allowing up to an 85 percent abatement on real estate and personal property taxes through 2031, and an Opportunity Zone, which allows tax deferral of reinvested capital gains.

Real estate brokerage firm Colliers International is working to secure automakers and suppliers to build office and industrial buildings between 25,000 square feet up to 250,000 square feet in the park, Mark Chaput, interim CEO of ACM, said at a media event Tuesday morning.

The center expects upward of 1,200 jobs could be created at the technology park.

Chaput said there's great interest in the park, but no companies have signed a development deal. After a deal is made, development would take upward of 24 months to complete, said Paul Krutko, president and CEO of Ann Arbor Spark and an ACM board member.

The technology park is the second phase of development at the center. In April 2018, the mobility center opened a 2.5-mile highway loop and sketched plans to add places for test scenarios deemed too dangerous for public roads and a cyber-security center.

ACM is a public-private partnership run by a nonprofit in conjunction with the state's Department of Transportation, the Michigan Economic Development Corp., the University of Michigan, Ann Arbor's Spark business accelerator and Ypsilanti Township. Leaders have touted it as a way to ensure high-paying auto-industry jobs remain entrenched in Southeast Michigan. The state approved $35 million to complete the first phase of construction at the original total cost of at least $135 million.

Seven companies, including Toyota and Visteon Corp., paid $5 million apiece to be considered founding members of the facility. "Supporting" member Subaru and five other companies paid $2 million for ongoing use of the track. It's not just for traditional automakers and suppliers. AT&T and Microsoft have been using the facility to advance next-generation automotive connectivity.

Chaput said ACM has raised closer to $200 million as of today.

But the center's progress has been bumpy. Krutko said the timeline for widespread autonomous vehicle deployment continues to be pushed back and it's impacted ACM. Many executives believed driverless vehicles would be widely available by 2025, but most experts now believe it will be 2030 or later. The center also competes against Michigan's public roadways, which are open and free to autonomous vehicle testing thanks to legislation signed into law by then-Gov. Rick Snyder in 2016.

It has also seen consistent turnover of its top executives.

Only six months after it opened, much of its top leadership was terminated, including founding CEO John Maddox, who was let go in August 2018 with a $200,000 severance, according to court records. The center's board wanted to "go another direction," Maddox told the Washtenaw County court during his divorce proceedings last year.

In February 2019, the board hired Michael Noblett, global segment lead of automotive industry sales for Santa Clara, California-based semiconductor manufacturer Intel Corp., to replace Maddox. Noblett was out by in November and the ACM board has not confirmed whether Noblett was terminated or resigned.

Krutko said the board is beginning an independent search for a permanent CEO and that Chaput is being considered.

Use of ACM has been in question for the last several months as the organization provides testing that many companies already do on their own.

Chaput said testing occurs every day, but that the site is only at about 30 percent capacity each day.

To supplement industry demand, ACM has branched out into government contracts. In 2018, the center secured a government contract to study truck platooning — a group of trucks accelerating, braking, etc. simultaneously through automated systems — with the U.S. Army and Tank Research, Development and Engineering Center, University of Michigan-Dearborn, MDOT, U.S. Department of Energy's National Renewable Energy Laboratory and Alabama's Auburn University.

It's also partnered with MCity, MDOT and the city of Detroit to study automated driving simulations with plans to recreate Detroit city roads on the site.

Krutko said the only concern the center is whether, as a nonprofit without further public funding, it's generating enough revenue to cover operating costs. He said its balance sheet performed significantly better in 2019 than in 2018, but would not comment further on its revenue or losses. 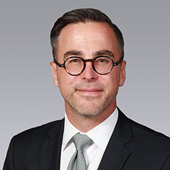 Patrich works with a team of real estate professionals consisting of Randy Book, Julie Gitary, Todd Griffin, and Anita Guajardo; along with the Colliers platform of over 16,000 professionals, in over 500 office, in over 60 countries.  Together they represent corporate clients to implement their real estate objectives with a focus on corporate tenant representation.

Patrich has a background and education in finance, previously working as an executive banker and as a corporate tenant adviser at Grubb & Ellis prior to joining Colliers International.  This experience has provided him a distinctive edge in understanding his client’s real estate needs.

Patrich has represented several million square feet of multi-market corporate and institutional investment real estate transactions that have resulted in thousands of local high-tech and manufacturing jobs and millions in capital investment.  His strict attention to detail translates into significant savings of time and money, mitigation of risk, and increased flexibility for our clients.  He enjoys working on challenging projects that require creative thinking and problem solving to achieve a successful outcome.

Patrich then served as President of the Michigan Chapter of CoreNet Global in 2014.  He used his strong local relationships to build an accomplished Board and to protect and grow the Chapter’s finances while increasing membership on the heels of the economic downturn.  He was awarded national/global recognition in 2015 on CoreNet Global’s “36 Under 36: Up-and-Coming Young Leaders”.