Western Midstream Leases 134,000 SF at The Woodlands Towers at The Waterway

The Howard Hughes Corporation® (NYSE: HHC) has announced today that Western Midstream Partners, LP (NYSE: WES) has signed a 133,948-square-foot lease for the top five floors of 9950 Woodloch Forest Drive, one of two premier Class AAA towers in The Woodlands® comprising the newly rebranded The Woodlands Towers at The Waterway. The Howard Hughes Corporation acquired the two towers (formerly Anadarko Petroleum Corporation Headquarters) totaling approximately 1.4 million square feet of office space from Occidental Petroleum in late 2019. With this agreement, 9950 Woodloch Forest Drive is now 35% leased, with HHC’s corporate headquarters set to relocate to the building later this year. The Howard Hughes Corporation previously announced that the entire 808,000-square-foot 1201 Lake Robbins Drive building has been leased for thirteen years to Occidental.

“The Howard Hughes Corporation is proud to announce this lease in our newly acquired 9950 Woodloch Forest building, welcoming Western Midstream to The Woodlands Towers at The Waterway. We are committed to offering premium office space to meet the demands of the commercial office market for relocation and expansion here in our community,” said Jim Carman, President of the Houston Region for The Howard Hughes Corporation. “The Woodlands Towers at The Waterway offers unmatched amenities, focusing on health and wellness, along with an incredible rooftop terrace and panoramic views of The Woodlands Waterway®.”

Western Midstream acquires, owns, develops and operates midstream energy assets. The estimated commencement date for move-in to The Woodlands Towers at The Waterway, which offers frontage along Interstate 45 with convenient access to the Grand Parkway, Hardy Toll Road and the George Bush Intercontinental Airport, is anticipated for November 2020, with temporary space being provided to Western Midstream beginning in April 2020.

“We are pleased to have signed a new lease with The Howard Hughes Corporation and to retain our corporate office in The Woodlands Towers.  This provides us with compelling economics, flexibility, and stability for our employees and avoids unnecessary relocation costs,” said Craig Collins, Senior Vice President and Chief Operating Officer, Western Midstream.

About The Howard Hughes Corporation®

The Howard Hughes Corporation owns, manages and develops commercial, residential and mixed-use real estate throughout the U.S. Its award-winning assets include the country's preeminent portfolio of master planned cities and communities, as well as operating properties and development opportunities including: the Seaport District in New York; Columbia, Maryland; The Woodlands®, The Woodlands Hills®, and Bridgeland® in the Greater Houston, Texas area; Summerlin®, Las Vegas; and Ward Village® in Honolulu, Hawaiʻi. The Howard Hughes Corporation's portfolio is strategically positioned to meet and accelerate development based on market demand, resulting in one of the strongest real estate platforms in the country. Dedicated to innovative placemaking, the company is recognized for its ongoing commitment to design excellence and to the cultural life of its communities. The Howard Hughes Corporation is traded on the New York Stock Exchange as HHC. For additional information visit www.howardhughes.com. 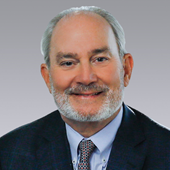 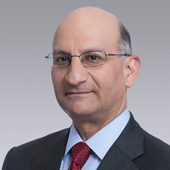 Mr. Munoz has been involved in the commercial real estate business for 27 years.

Prior to joining Colliers Appelt Womack Inc., dba Colliers International in 2000, Norm worked from 1992 to 1999 with Baca Landata, Inc. (a subsidiary of Stewart Title) and The Baca Group.  The Baca companies were the leading local providers for commercial real estate information and as Vice President and Senior Analyst he was responsible for writing the nationally recognized Houston Office Market Guide each quarter, developing new business and servicing clients.

From 1990 to 1992, Mr. Munoz was a Research Analyst with Property Research & Investment Consultants, Inc. responsible for tracking the absorption, lease rates and occupancy each quarter for 1,800 general purpose and medical-professional office buildings.  Property Research was the first real estate information company to systematically survey Houston’s office and industrial markets and its methodologies and level of accuracy set the standard for today’s commercial real estate industry. 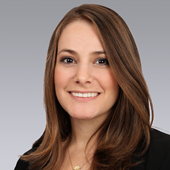 Jillian joined Colliers International in 2015 with seven years of experience in the commercial real estate industry.  She works out of The Woodlands office with Norm Munoz and Bob Parsley focusing primarily on office landlord representation.  They manage a portfolio of Class A and Class B office buildings in The Woodlands totaling more than 2.5 millon square feet.  Her prior experience as office leasing agent in the Texas market makes her an asset to our Houston team.