The Kansas City office market continues to remain at all-time historic lows in terms of vacancy. The overall vacancy rate remained at 8.2%, down 50-basis points from this time last year. Vacancy rates for the office market continue to tighten as a result of limited office deliveries and prolonged business growth that has increased demand for office space. In Q3 2019, the office market totaled 41,243 SF of positive absorption, bringing the year-to-date to 485,476 SF.

Overall asking rents within the Kansas City metro have increased to $19.31/SF across all product classes. Rates have continued an upward trajectory as landlords have been able to push rents based on the current demand levels and strong market fundamentals. Class A rates have risen to an average of $22.64/SF, while Class B rates have increased to $18.36/SF. The submarkets that have experienced some of the largest rental rate increases include South Johnson County and the urban core, which encompasses the River Market to the Country Club Plaza.

Despite a lack of recent construction deliveries around the metro, several office buildings are under construction with expected deliveries throughout 2020.  Office construction activity remains elevated in comparison to recent compared to historical standards, however is still driven by mostly build-to-suit requirements. Current build-to-suit projects include Cerner, Kiewit, Shamrock Trading and Burns & McDonnell. Additional office development in the metro includes The Edison District, 46 Penn, Avenue 82, CityPlace and future plans for Hallbrook III, a 120,000 SF building in Leawood.

In August 2019 an agreement was executed at the Governor’s Summit signifying the end of the “Border War” incentives for the Kansas City metro. As a result of the official truce to the border war, overall asking rents within the Kansas City metro will increase across all product classes in 2019-2020 as a result of current demand levels within the metro. We expect Landlords to raise rental rates and for the office market to become more difficult to navigate for tenants. A challenge for large office users in the metro Kansas City market is that large blocks of space of 50,000 square feet or more are in short supply. This lack of space is limiting relocation options and will significantly impact lease renewal negotiations.

Several leases were signed throughout the third quarter with several sizable leases located in both South and North Johnson County. Kindred Healthcare (formerly Gentiva Health Services) recently signed a 75,000 SF lease at the Sprint Campus, with the new campus owner Occidental Management.  The home healthcare provider will vacate their current location near Southcreek Office Park in the coming months. The Creative Campus (formerly Overland One), inked the final two available floors during Q3, bringing both buildings to full occupancy since delivery late last year. RX Savings and Serendipity Labs will each occupy approximately 25,000 SF within the second building. Garmin leased 68,000 SF within 119th Street Tech Park in Olathe. Fairbanks Scales will relocate from their current office within the CBD to North Johnson County.  They recently signed a 28,750 SF lease within the Cloverleaf Office Park in Overland Park. The National Association of Intercollegiate Athletics (NAIA) will remain in Downtown, however will relocate their headquarters. The organization will relocate from their current building located at 1200 Grand into approximately 20,000 SF at 12 Wyandotte Plaza.

Several suburban office sale transactions were completed throughout the third quarter. Executive Centre, a three-building office park along the College Boulevard corridor was acquired by local investor Brain Group from Onward Investors for $22.8 million. The office park consists of 222,426 SF. Onward Investors purchased the complex in late 2015 for $13.2 million and completed both exterior and interior renovations on the buildings prior to the sale. The Staples Building located at 7500 W. 110th, immediately adjacent to Executive Centre also recently sold. Property Holdings LLC acquired the 108,175 SF asset from 7500 W. 110th Street Investors LLC for $12.5 million.  6650 W. 110th, a 76,000 SF medical office building located along College Boulevard corridor with I-435 frontage, was acquired by Griffin-American Healthcare REIT. VanTrust developed the building in 2017 and it’s currently anchored by Diagnostic Imaging Centers.

In Lenexa, Easterly Government Properties, an investment group that focuses on properties that are leased to U.S. Government agencies, purchased the EPA Region 7 headquarters at 11201 Renner within Southlake Technology Park. Lexington Realty Trust sold the 168,585 SF building to Easterly. Cohen-Esrey will relocate their headquarters to 8500 Shawnee Mission Parkway in Merriam.  The real estate company purchased the 50,000 SF building from VanTrust and will occupy more than half the building for their office operation. 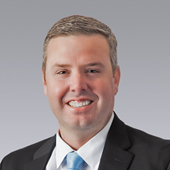