The overall vacancy rate for all tracked property types remained stable across the San Francisco Peninsula markets. At the end of the quarter, overall vacancy stood at 5.3 percent, 10 basis points below last quarter. Sublease vacancy rate remained unchanged ending the quarter at 1.5 percent. Overall vacancy was buoyed by a resilient office sector, which experienced a contraction in vacant space from 7.3 percent to 6.5 percent quarter-over-quarter. The San Mateo County office market remained competitive and once again office average asking rate rose to new heights at $6.00 full service, likely the peak of this incredibly prolonged cycle.

Contrary to the office market, both the R&D and industrial markets saw an increase of vacant space enter the market and a softening in asking rates. The R&D market saw an uptick in vacancy from 3.9 percent to 4.6 percent quarter-over-quarter, the highest vacancy rate since Q2 2014. Meanwhile, average asking rents descended to $4.09 NNN. San Francisco Peninsula is the epicenter of life science companies in the West, and demand from life science and biotech companies will likely hold strong as the race to develop new therapeutics and medical testing solutions intensifies to combat COVID-19. The industrial market saw vacancy increase from 3.9 to 4.4 percent quarter-over-quarter, while asking rents decreased from $1.94 NNN to $1.88 NNN over the same time period. Although net absorption was negative 245,800 square feet, the market had several significant industrial transactions.

Would you like to have future reports delivered directly to your inbox? Sign-up to this and other regional e-mail delivery lists. 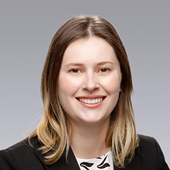 Lena is the Senior Research Manager for Colliers International covering the Silicon Valley and San Francisco Peninsula markets. With more than 10 years of experience in commercial real estate research, she is passionate about providing strategic market insights that help move the business forward. Lena leads a team of research analysts and is enthusiastic about maintaining the highest level of data integrity and transforming data into knowledge.

Lena began her career in commercial real estate with Real Capital Analytics, where as Senior Research Manager she led cross-functional teams in Silicon Valley, New York and London. Prior to joining Colliers International, she was a Market Research Manager at Omnicell Inc., where she led research initiatives for the company’s Global Automation and Medication Adherence business segment. Lena holds a B.A. in Economics from the University of California, San Diego. 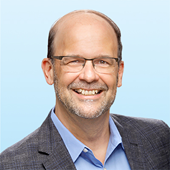 Mike specializes in the sale and leasing of office, industrial and R&D properties on the San Francisco Peninsula. Mike possesses a depth of market knowledge and experience, and his expertise has proven a great benefit to his clients.

A skilled market analyst and forecaster, Mike has been the lead author of Colliers’ San Francisco Peninsula quarterly market report since 2002. He is the owner of Opinion of Value, a leading commercial real estate blog covering the San Francisco Peninsula and Silicon Valley. In addition to successful assignments with institutional and local property owners, Mikes’ clients have included prominent local technology firms, start-ups, and national manufacturing concerns. He has also successfully represented various non-profit organizations on highly challenging facility acquisition and disposition assignments. Mike joined Colliers International in December, 2001 as a veteran of the brokerage industry and with a strong focus on the Peninsula market.  Mike is active in his local community. He has served as a Director on the boards of a number of non profit groups involved in education and the arts, and been appointed to several financial oversight commissions within his local school district. He has also coached youth sports.

Mike joined Colliers International in 2012 to lead the company’s Industrial/Research & Development (R&D) Division on the San Francisco Peninsula. Since joining Colliers he is consistently recognized as a top 10% producer nationwide (Everest Club) and a top producing broker in San Mateo County. Prior to joining Colliers, he was Grubb & Ellis’ Top 3 producer in 2011 and in 2008, 2007, 2004, 2003 and 2002, he was the #1 producer for CB Commercial in San Mateo County. Mike has trained several commercial real estate advisors and has been an active principal in his own real estate investments. Mike counts among his clients: Avis/Budget, Balco Properties, Black Creek Group, BYD, California Teachers Association, DHL, GLP, iStar Financial, Link Industrial Properties (Blackstone), LSG Sky Chefs, Oracle, Prologis, ReadySpaces, The San Francisco Examiner, Union Pacific, UPS, and Windy Hill Property Ventures to name a few.

Rick is the Executive Managing Partner of Colliers International’s San Francisco Peninsula Office and has been in the commercial real estate industry for 35 years – 27 years in commercial brokerage and 8 years in development. Rick specializes in Residential Land Sales. Rick’s diverse background and real estate experience includes leasing and sales, land acquisition and securing entitlements for in-fill developments. While in the development business, Rick was instrumental in fueling the growth of a local development company and acquired sites valued in excess of $85 million. He has consistently been a top producer and has received numerous production awards from Colliers International.

Over Rick's career, he has negotiated over 1,300 commercial lease or sale transactions on behalf of his clients in San Mateo County and Silicon Valley. Combining his extensive brokerage and development experience allows Rick to work closely with his clients to strategically identify their goals and objectives in order to arrive at the best real estate solutions. He has consistently been a top producer and has received numerous awards from Colliers as well as Broker of the Year Award from the Association of Silicon Valley Brokers. Rick is active in many local charities including Colliers International’s Links for Life Foundation and is a member of the Association of Silicon Valley Brokers, the Urban Land Institute, the Board of Fellows at Santa Clara University, and the Board of Directors for SAMCEDA.